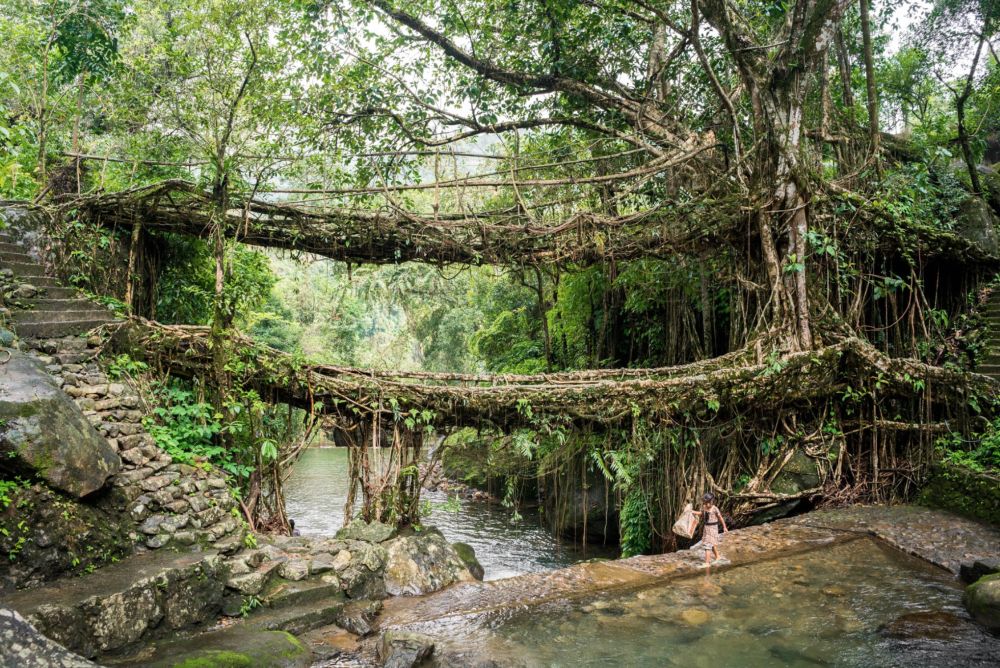 “Living Root Bridge is located in as many as 70 villages of Meghalaya. Each of these nans made crafted bridges shows the socio-cultural, social and botanical link among people and nature”, reports PTI.

An eco-friendly tourist who had watched these living root bridges had opined that these were the fine outcomes of villager's innovative mind to use nature to bridge distances in hilly areas of Meghalaya.

Now, if the PTI report is to be believed, these Living Root Bridges have been included in the “ tentative” list of World Heritage Sites of UNESCO.

“I congratulate all community members and stakeholders in this ongoing journey,”PTI report adds quoting him.

“Villagers grow the living root bridges by training the ‘ficus elastica’ tree on both sides of water bodies over a period of about 10 to 15 years where the roots form the bridge.”

“At present, there are about 100 known living root bridges spread across 72 villages in the state. Principal Scientific Advisor to Government of India Prof K Vijay Raghavan said that the Living Root Bridges of Meghalaya which highlight the socio-cultural, social and botanical links among people and nature are well deserving of the tag of UNESCO World Heritage Site.”

“Last year, a National Convention on the root-bridges was held here where scientists presented their findings of unique species of orchids, amphibians, and mammals which can be found on these root-bridges.”