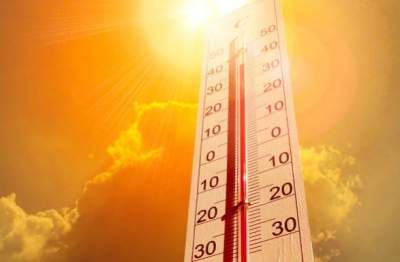 The Indian Meteorological Department (IMD) has predicted two kinds of weather conditions across India. While in some parts scorching heatwave conditions are expected to prevail, elsewhere heavy to medium rainfalls are likely.

Jharkhand is expected to witness heatwave conditions from April 10 to 12; Himachal Pradesh and Jammu division on April 10 and 11; over Chhattisgarh on April 10.

In west Rajasthan, heatwave conditions are likely to persist from April 12-14.

According to the weather department, a fresh western disturbance is likely to affect the western Himalayan region from the night of April 12 and under its influence, maximum temperatures are expected to fall by 2-3 degrees Celsius over many parts of northern India.

Assam, Meghalaya, Nagaland, Manipur, Mizoram, and Tripura may witness rainfall during the next five days. Heavy rainfall is likely over Assam and Meghalaya on April 10, 13, and 14; over Arunachal Pradesh on April 13 and 14; Nagaland Manipur, Mizoram, and Tripura may see rains on April 10, 13, and 14; rainfall is also in the forecast over sub-Himalayan West Bengal and Sikkim on April 10.
Light fairly widespread/widespread rainfall accompanied with thunderstorm/lightning very likely over Kerala-Mahe and isolated/scattered rainfall over Tamilnadu-Puducherry-Karaikal, Lakshadweep area, coastal Andhra Pradesh, coastal and south interior Karnataka for the next five days.