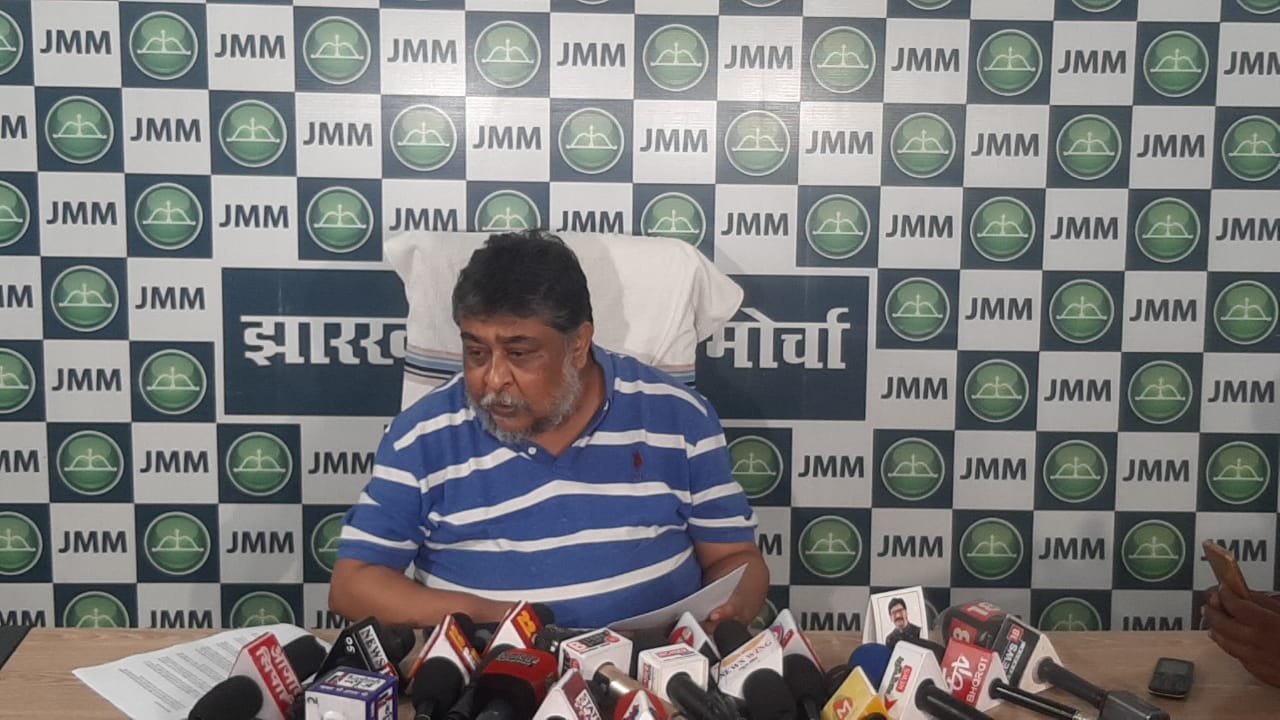 At a time when the opposition BJP has raised serious charges of corruption against Chief Minister Hemant Soren and his associates,the ruling party JMM has counter attacked the previous BJP government led by Raghubar Das, alleging it had defrauded the state by organising Momentum Jharkhand.

To seek investment in the state, Momentum Jharkhand was organised in four phases in
2017.

Mr Das himself had moved and visited different places in the country and abroad.Subsequently, 238 Memorandum of Understandings were signed between the state government and private companies.

Among them, there were 13 and 74 MoUs were signed by foreign and Jharkhand based companies. The rest MoUs were companies from outside the state.

In all 350 companies were provided land to set up plants and offices.Among them,320 companies had gained the land without even signing the MoUs.None of these MoUs were signed by any foreign companies,shows the recorded accessed by the JMM through the RTI.

Addressing the press conference today, JMM Spokes person Suprio Bhattacharya in Ranchi handed over the details of the ‘Momentum Jharkhand’ records.No much investment flowed. “ It was a massive land grab scam”, said Bhattacharya.

Incidentally, Momentum Jharkhand was planned and executed by the Raghubar Das government. Recently, Das had alleged that the CM Hemant Soren who holds the portfolio of Mines had gained license of a stone mines.

On Saturday, JMM spokesperson Bhattacharya opened a new chapter in what appears to be a tit for tat game against the ex CM Raghubar Das who has to reply to his allegation that in the name of organising investors’ summit( Momrntum Jharkhand), he had indulged in land scam.

Note:Inclosed are details of Momentum Jharkhand gathered by the JMM under the RTI guidelines. 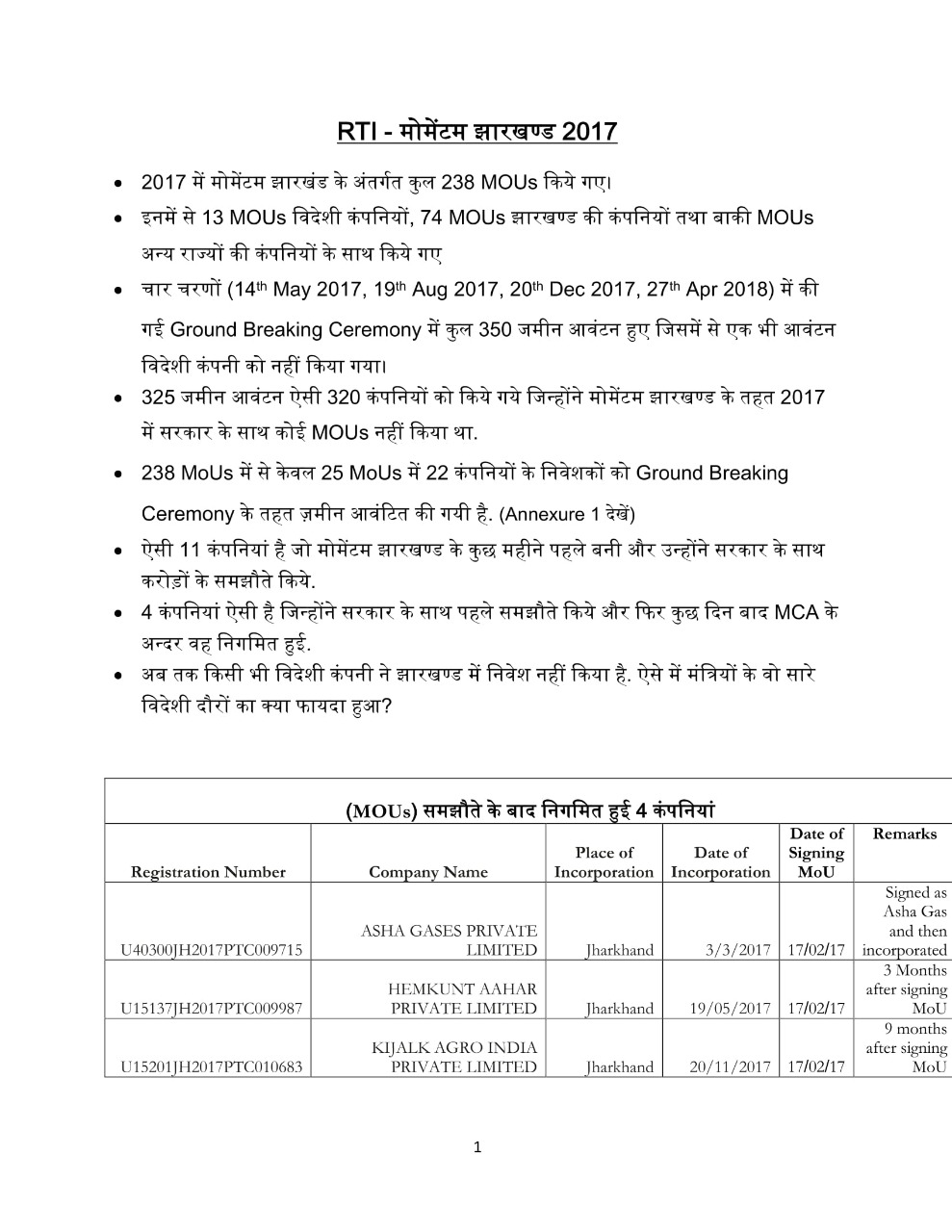 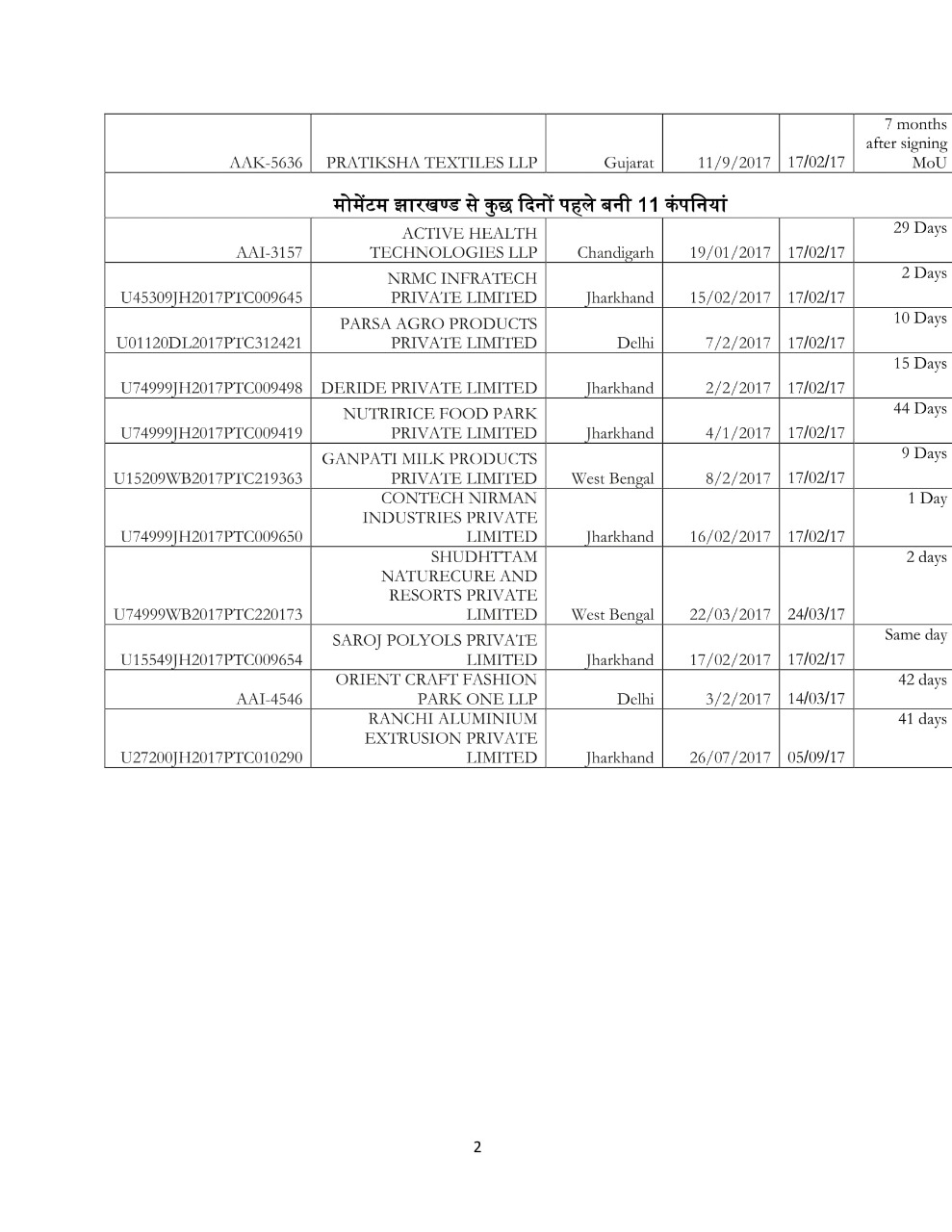 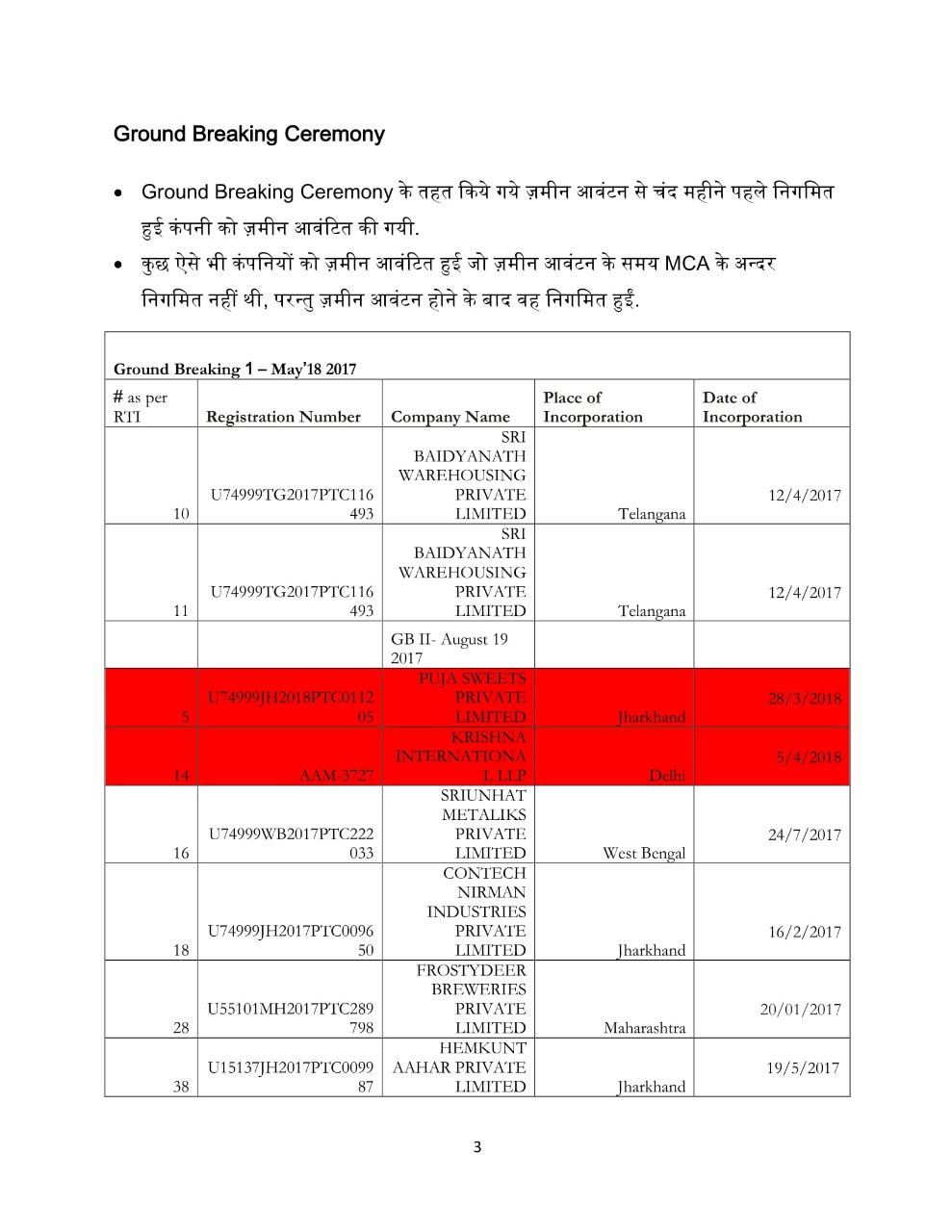 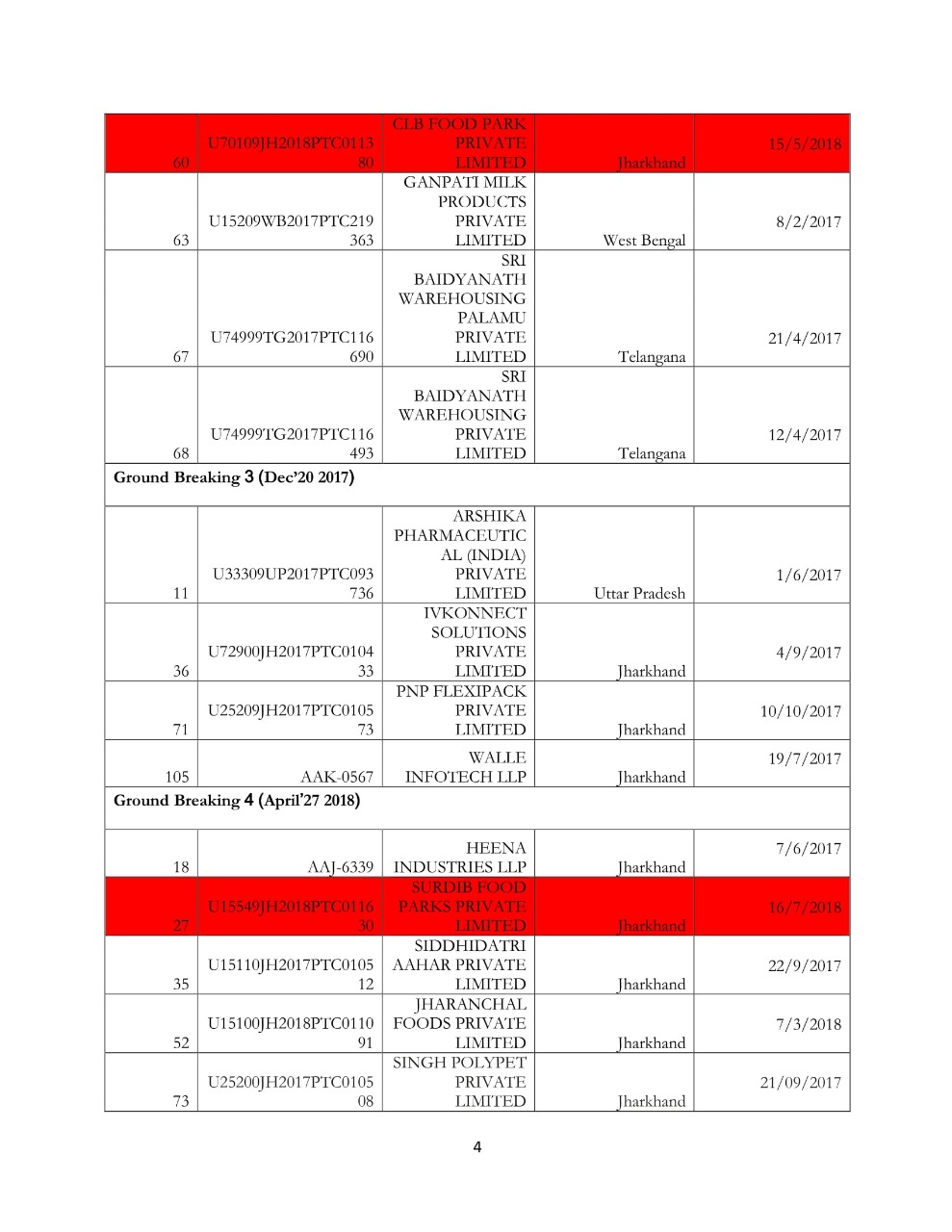 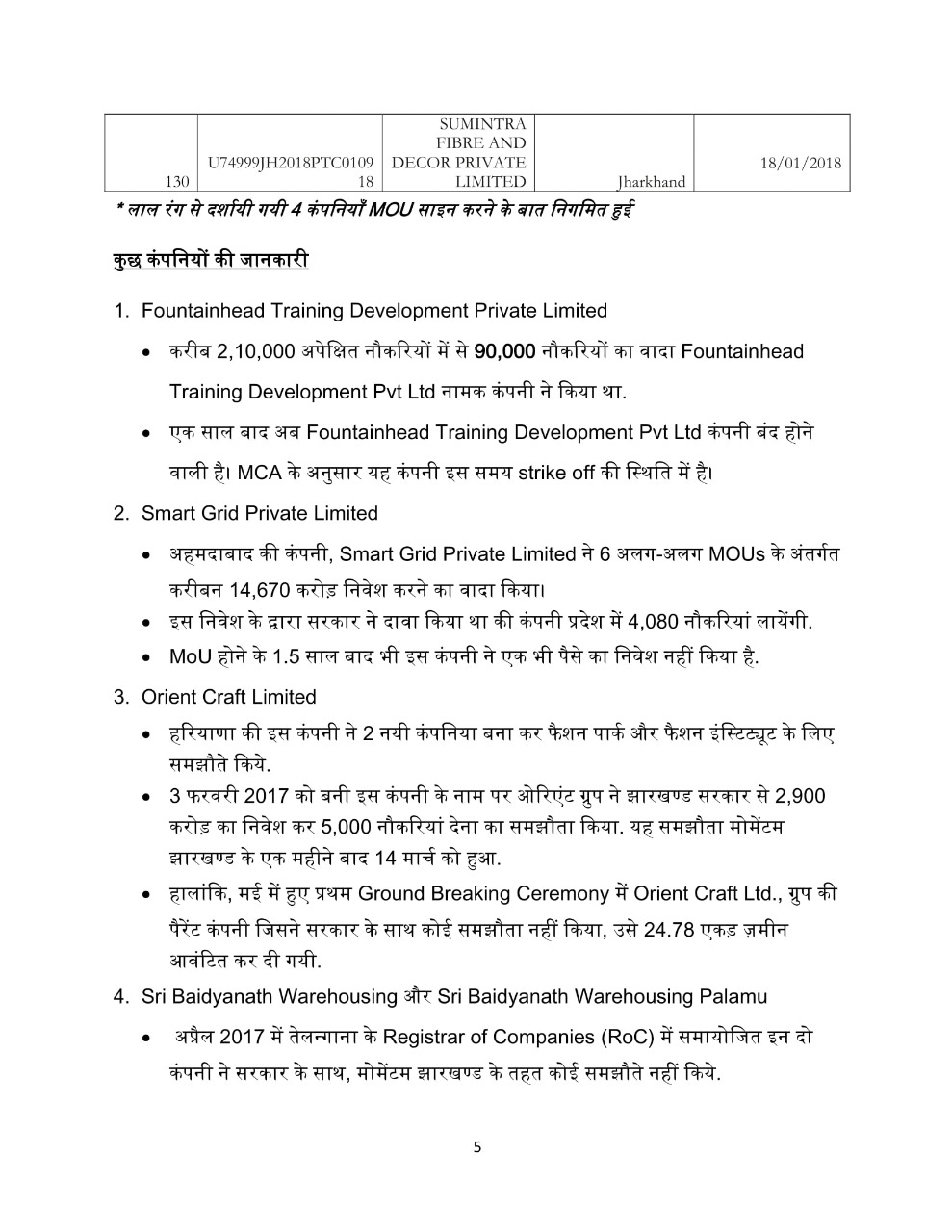 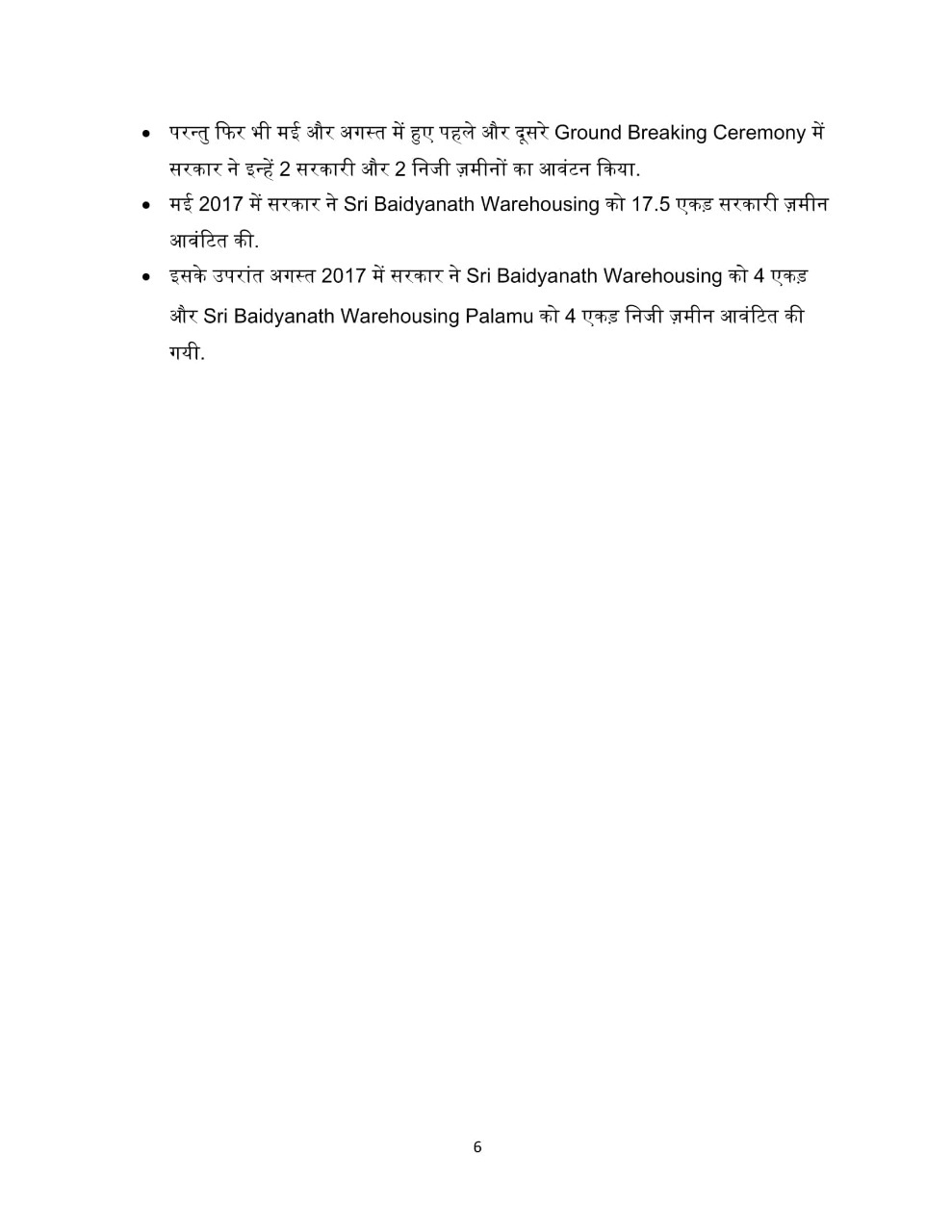 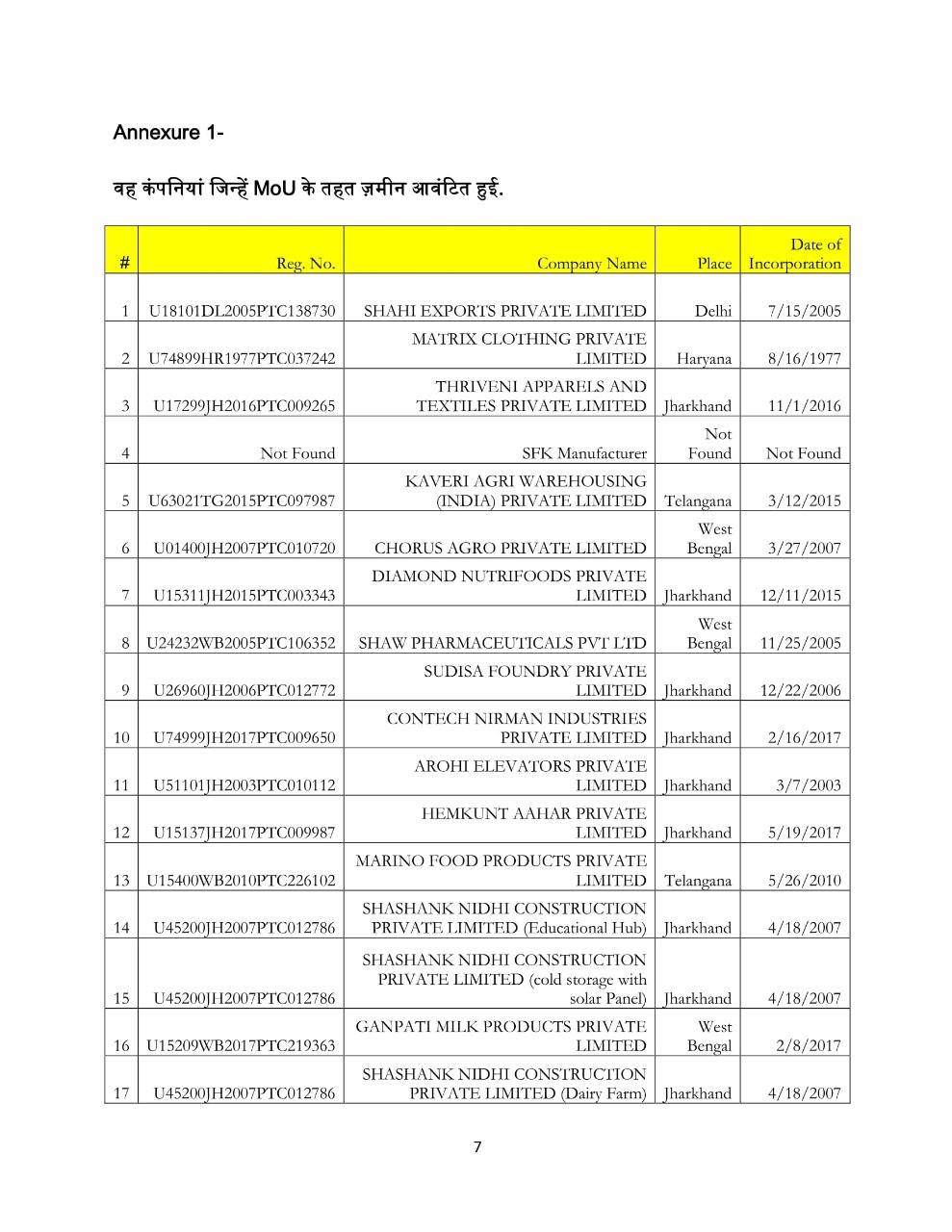 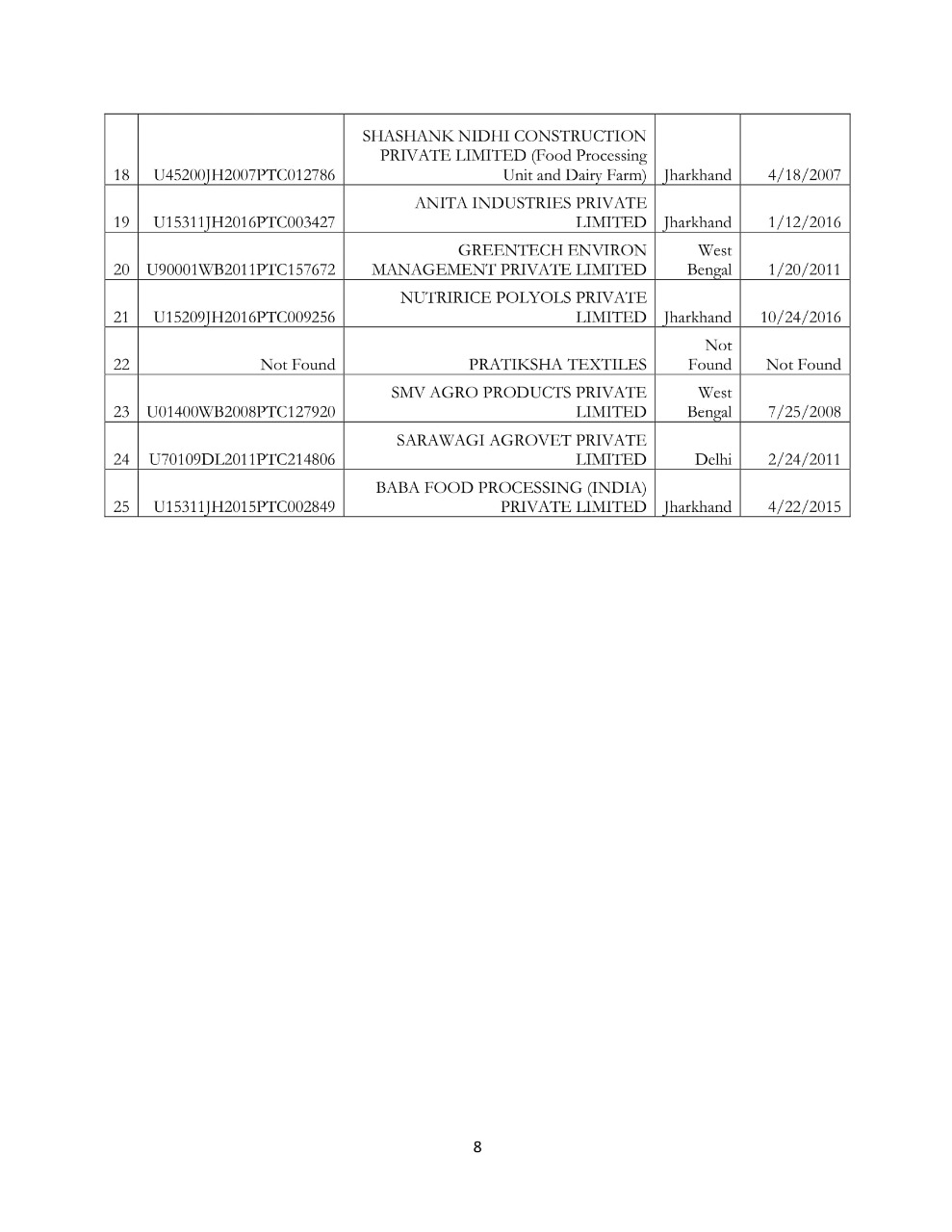