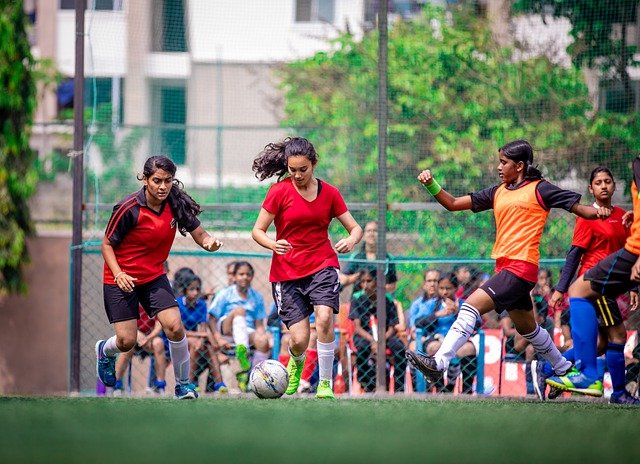 Anjali Munda, Salina Kumari, Sudha Ankita Tirkey, Astam Oraon, Poornima Kumari, Neetu Linda and Anita Kumari. All these women players from Jharkhand have been selected among the 33 Indian players selected for the Under-17 FIFA World Cup 2022. At present, all of them are receiving training in the training camp being organized in Jamshedpur.

Out of these, the best 18 players will be selected for the Under-17 FIFA World Cup 2022. These daughters of the soil, are a matter of Pride for our state Jharkhand.

They showed tremendous courage and patience during the pandemic times. Now, they are all set to represent the nation.The state government under the leadership of Chief Minister  Hemant Soren, has also shown the much needed willingness to make their dreams come true.Support shall be extended to the selected candidates coming out of the camps by the Department of Tourism, Arts,Culture,Sports & Youth Affairs.

Poornima, selected for the Under-17 FIFA World Cup, said that they were taken care of during the pandemic period, before that their training was affected due to covid infection in Goa, there was also a problem related to food.

But ,the state government gave instructions for training them in Jharkhand itself. She says she hails from Gumla and her village did not have the facilities for practice, especially for the girls playing football, yet she played. She has been playing for three years now. It is a pleasure for her to be a part of the training camp for the Under-17 FIFA World Cup 2022.

It is known, that eight players from the state were involved in the FIFA World Cup sponsored in February-March of 2021.They were all getting training in Goa as a part of their preparations. Due to Covid, eight women players from Jharkhand, who were part of the team, had to return to their homes. After this, the Chief Minister arranged for their training in Ranchi.

UNICEF extends its hand as Champion of Change for Child Rights.

UNICEF has identified the selected players as Champions of Change for Child Rights. UNICEF had also trained them in the form of technical support to the government on issues like child rights, issues pertaining to adolescent girls and boys, need for proper nutrition, menstruation, hygiene, mental health and psychosocial counseling etc.