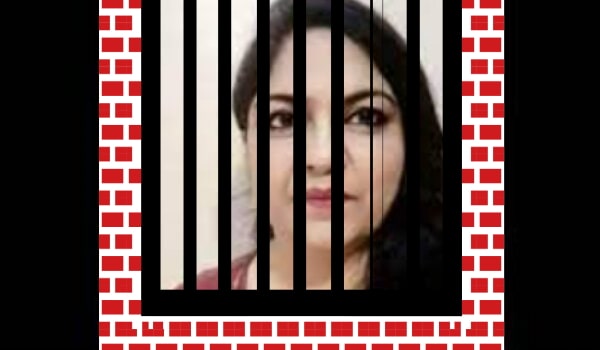 Suspended IAS officer Puja Singhal spent the night on Wednesday ( May 25) inside the jail, weeping and crying, sources told JharkhandStateNews.

“She was spotted weeping and crying several times”, the top jail authorities revealed.

Asked whether she slept or not, the reply was that she had slept after eating “ roti and dal”. In the morning, she was served “ poha”. She did consume a little bit, it is learned.

Pooja Singhal who was arrested in a money laundering case and kept in remand for 15 days inside the ED’s Bungalow located near Birsa Munda airport in Ranchi, has a 17- year old daughter and a -7-8-year-old son. Since the ED had provided a double-bedded room in this Bungalow of ED, her kids were permitted to meet her.

“She had to use a common bathroom meant for women prisoners. The bathroom was open under the sky”, said another jail staff.

Both the jail staff and officers said that she was suffering from “ serious depression”. There is a possibility to get her medically tested today.