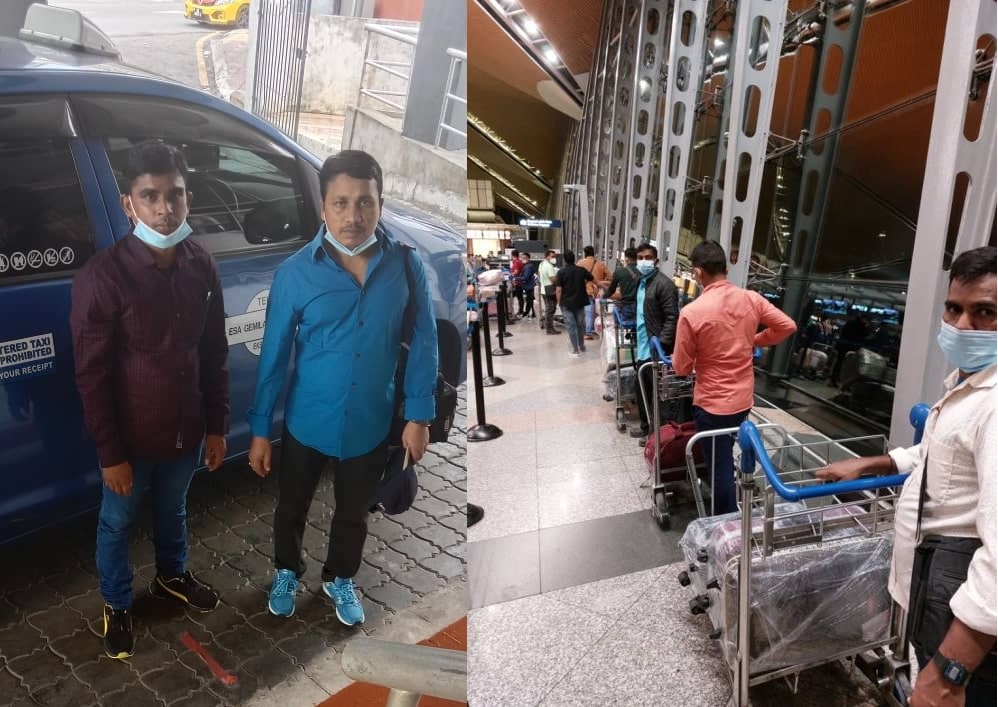 As many as 22 workers hailing from Giridih, Hazaribagh and Bokaro stranded in Malaysia were safely returned to Jharkhand.

As per the state government’s report, they returned to their respective homes on Thursday.

The State Migrant Control Room and the High Commission of India, Malaysia are in constant touch with the company’s management for the safe return of the remaining eight workers.

It is to be noted that the return of 22 workers in two phases has been made possible under the directions of the hon’ble Chief Minister Shri Hemant Soren. A month ago,10 workers had returned to Jharkhand.

On 14 March, the State Migrant Control Room was informed by the Embassy of India, Malaysia that on 18 March 10 out of 30 workers were given tickets by the company, but all 10 workers were found positive in the covid test, due to which their return to India was postponed.

On 25 March, all the workers were brought safely from Benton and Lunas to the shelter home in Kuala Lumpur of the Indian High Commission, Malaysia.

Taking cognizance of this incident, the State Migrant Control Room started working towards their safe return. In the due course of action, it came to be known that the workers had been working as Lineman in Lead Engineering & Construction SDN BHD since 30th January 2019.

The contract of all these workers expired on 30 September 2021 and from October 2021 to January 2022, they worked without a contract for 4 months, for which they had not received the payment. The State Migrant Control Room came to action and asked the workers to share documents related to the case.

The High Commission of India, Malaysia was requested by the Department of Labour through mail to take cognizance of the incident. The Malaysian Police went to the scene of the incident (Lunas, Malaysia) to verify and made an inquiry with the company thereby directing them to resolve the problem.

After this, the owner of the company demanded some time for clearing the dues of workers and for arranging tickets for them. The High Commission of India, Malaysia ordered the company to clear all dues of the workers as soon as possible.

It also ordered the company to make necessary arrangements for their transit to Kuala Lumpur, to get their return tickets done within 15 days and to provide them with food. The company has made payment of due salary to everyone. The Embassy of India, Malaysia continuously pressurized the company to make payments of the outstanding wages of all the workers.