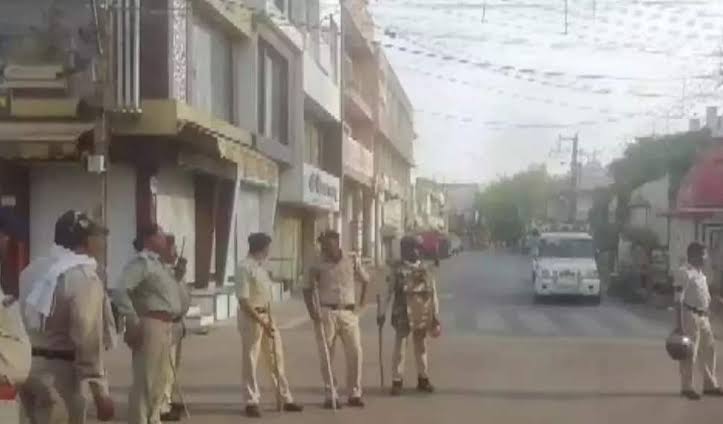 The Ranchi district administration has imposed Section 144 in Ranchi central city.The area covered under this starts from Sujata Chowk to Firayalal Chowk in Ranchi.

This was enforced in this part of Ranchi city centre after a day long unrest.Most shops along main road in Ranchi remained shut as a group of minority community men comprising Muslim youths today indulged in violence in Ranchi, capital of Jharkhand.

They were protesting against the controversial statement of the suspended BJP spokesperson Nupur Sharma in Ranchi on June 10,2022.

Two cops were injured in the incident.

The police and the state administration of the Hemant Soren government supported by the JMM and the Congress is understood to have failed to maintain peace.