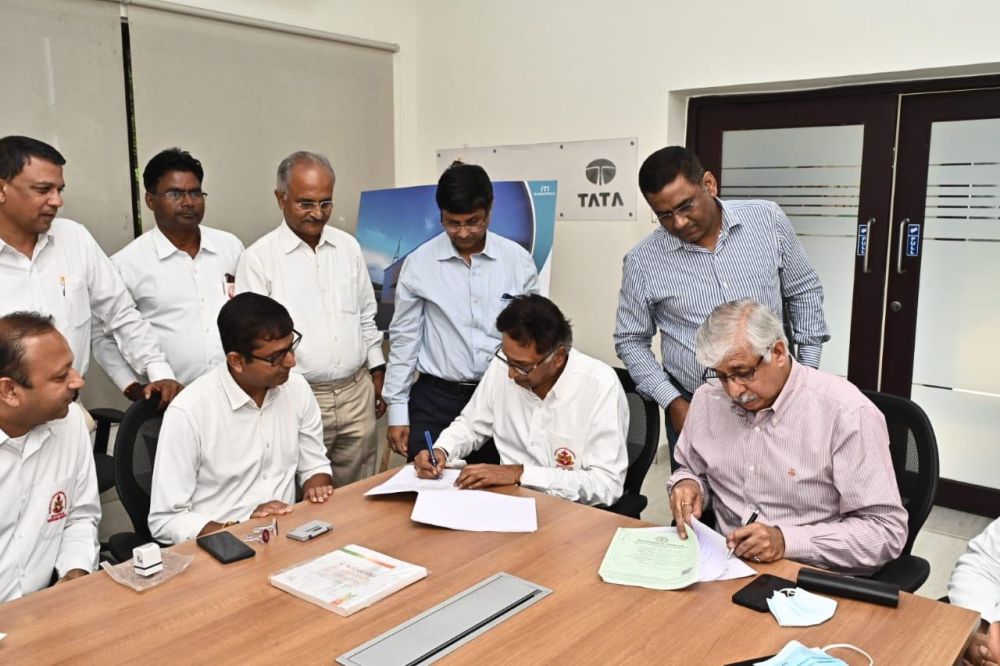 *Picture shows the signing of the MoU in Jamshedpur, Jharkhand.

Call it “Sirf Seva– Bina Bill”( Only Service Without Any Bill).

Their MoU aims to set up  Sri Sathya Sai Sanjeevani Hospital on its premises in Bistupur, Jamshedpur. This hospital plans to not only serve the people of Jharkhand state, but also those coming from the neighbouring states- Odisha, West Bengal, Chhattisgarh, and Bihar.

SSSHET also promises to provide “All Healthcare Services Totally Free of Cost To All.”

As per the MOU, this upcoming health care service provider is based on the ethical principle to “serve” and thereby provide “best-in-class quality healthcare services to the unserved and underserved sections of the society.”

As such, SSSHET is the first of its kind health care service provider in the State of Jharkhand.

Notably,  the MoU was signed in the presence of Management Committee members of KGMH and SSSHET and union representatives, Mr. Rakeshwar Pandey and Mr. B.K Dinda among others.

So far SSSHET has benefitted more than 20,000 children and as such, it is known to have served by performing critical Pediatric Cardiac Surgeries. More, almost 1,70,000 children are learned to have been managed through OPD.

From Jharkhand state itself, more than 1200 children are on record to have got operated on and received a precious “Gift Of Life” and nearly 4000 have been treated as an outpatient.

It seems to be a compassionate Healthcare model, where there are “ No billing counters in any of its hospitals.”