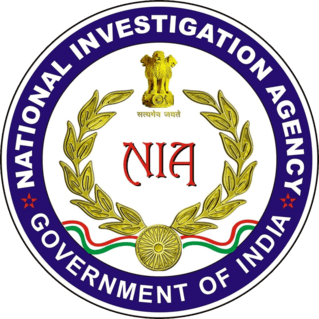 NIA is investigating the smuggling of stone chips from Sahebganj in Jharkhand to Bangladesh, it is learnt.

“This smuggling of stone chips from Sahebganj is suspected to cross the border of Bangladesh. The investigation is meant to unearth the route and background of smugglers and their political masters”, said a top IPS officer.

Sahebganj is near the Pakur assembly constituency represented by Congress leader Alamgir Alam who is an ex-Speaker of the state Assembly and Rural Development Minister. Barhait rain falls in Sahebganj district represented by Chief Minister Hemant Soren who is facing serious charges of corruption including allotment of stone mines.

On 17, more than a dozen people are feared drowned in the Ganga between Sahebganj in Jharkhand and Manihari in Katihar district of Bihar as 12 trucks on a Cargo vessel had capsized in the river.

The cargo vessel( steamer) was loaded with several trucks carrying stone chips from Sahebganj. It was carrying trucks much more against its capacity.

Sahebganj Deputy Commissioner is on record saying the vessel was being ferried from Sahebganj in Jharkhand to Manihari in Bihar during night hours against the prescribed rule of sunrise to sunset movement in the river.

However, NIA suspects these trucks loaded with stone chips were on route to the border of Bangladesh as part of the smuggler's enterprise.

So far, the Enforcement Directorate, CBI and Income Tax were engaged in multiple investigations into corruption cases against suspended IAS officer Puja Singhal who is in jail in Ranchi and senior state government functionaries.