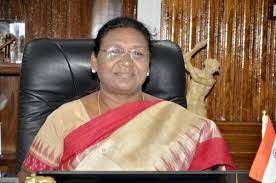 By getting elected ad President of India, Droupadi Murmu has become the first indigenous woman in the country to hold this top post.

Many indigenous( read Adivasi) people and their leaders across the country and the world at large, have congratulated her and welcomed her historic victory.

While Mrs. Murmu is slated to take the oath of office on July 23, she is expected to be a super star attraction on the International Day of the World’s Indigenous Peoples on August 9, 2022.

In fact, August 9 is the date that marks the first meeting in 1982, of the UN Working Group on Indigenous Populations that decided to celebrate the International Day for the cause of the indigenous peoples across the globe.

In Jharkhand, it is celebrated as Vishwa Adivasi Diwas. This time observance will take place online on Tuesday, 9 August 2022 from 9:00 am to 11:00 am Eastern Standard Time (EST).

This year’s theme is -The Role of Indigenous Women in the Preservation and Transmission of Traditional Knowledge. The case study of Mrs. Murmu ought to be highlighted to celebrate the day.