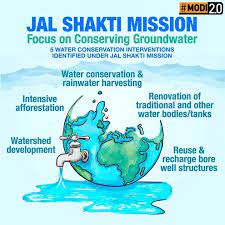 In response to a question raised on floor of the Lok Sabha by MP Deepak Prakash asking whether Government proposes to provide special assistance to rural areas to deal with the problem of drinking water,the Minister of State for Jal Shakti Prahlad Singh replied in the affirmative.

He said since August, 2019, Government of India in partnership with States, has been implementing Jal Jeevan Mission (JJM) to make provision of potable water to every rural household, including those in Jharkhand, through tap water connection, by 2024.

The estimated outlay of the mission is Rs. 3.60 lakh Crore, out of which Central share is Rs. 2.08 lakh Crore.