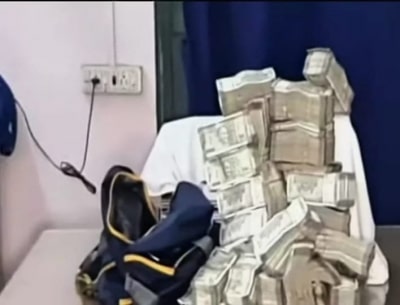 After counting the seized amount of from recovered from possession of three Jharkhand MLAs who were suspended by the Congress, the Police counted it and found it worth Rs 49 lakhs.

According to reports,during their interrogation they told the police that “they had the money to buy sarees for the forth coming tribal festival.”

Among the arrested Congress MLAs, two Kachhap and Bixal were tribals, Ansari was Sunni Muslim.

Police records revealed that on the basis of specific “ inputs” they were intercepted on Saturday night when they were travelling by SUV.

Now, Bengal police have handed them over to the state CID to investigate their case.Then, they were taken to Howrah court where they were remanded for investigation by the investigating agencies.

The charges have been brought under Prevention of Corruption Act and Indian Penal Code, officials said. Two aides of the legislators have also been arrested.

As investigation intensifies, a fresh political standoff has been triggered between the Congress and the BJP.