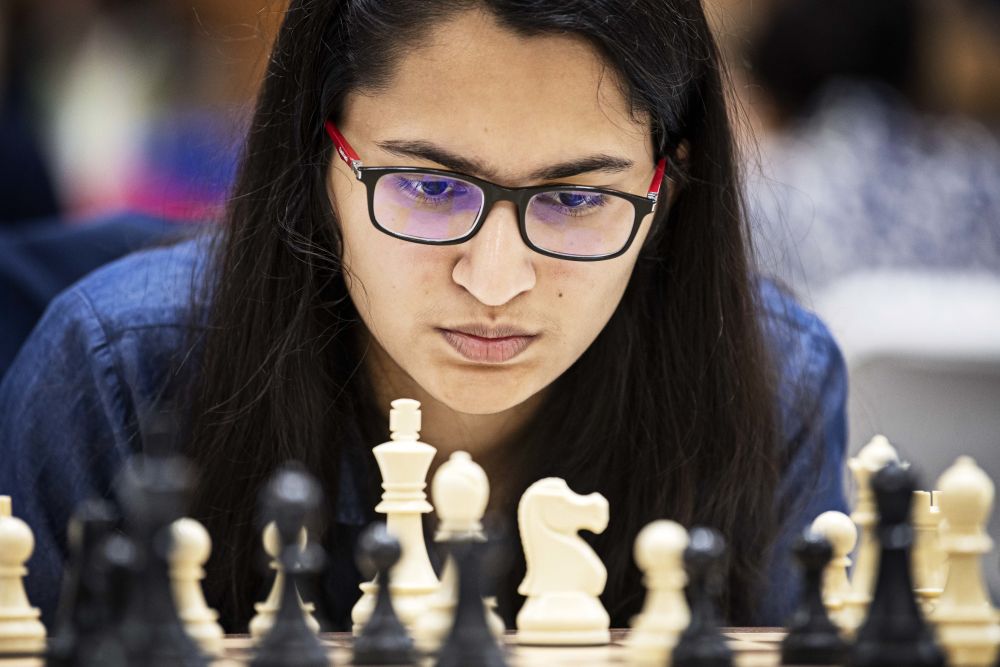 Young Grandmaster D Gukesh caused a big upset by defeating former World Championship challenger Alexi Shirov as India B shocked Spain 2.5-1.5 in the 5th Round of the 44th Chess Olympiad here on Tuesday.

It was Gukesh’s fifth victory on the trot in this event. After this victory, he overtakes Vidit Gujrathi in live ratings to be the third highest rated player in India after Viswanathan Anand and Pentala Harikrishna.

“I got a fine position after an error from him and slowly outplayed him. It’s a pleasure to play a player of Shirov’s calibre and to beat him is special,” Gukesh said after the match.

The game incidentally was an old Sicilian where Shirov tried an unconventional ninth move. Gukesh was quick on the uptake and started pressing for victory after blunting out Shirov’s pieces. His King personally escorted one of his pawns to the queening square with the help of his two rooks, prompting Shirov’s resignation on the 44th turn in a position which was beyond repair.

“My strategy was to provoke him and being an aggressive player, he could not resist aggressive moves, ones which I anticipated. There were a lot of checkmating patterns later on in the game,” Gukesh added.

Adhiban B was also in fine form , downing GM Eduardo Iturrizaga in a strategic master piece while Nihal Sarin held Anton Guijar to a draw.

India A and India C also notched up identical wins against Romania and Croatia respectively in other open section matches.

In the women’s section, India A also registered their fifth consecutive victory with Tania Sachdev once again bringing the winning point for her team. They beat France by 2.5-1.5 margin after Koneru Humpy, Harika Dronavalli Harika and R Vaishali had drawn their encounters.

Indian women’s B team, on the other hand, lost to fancied Georgia with a 0-3 score while Team C held Brazil to a 2-2 draw.

In a Queen’s Gambit Declined game, Sachdev was forced to play on the queen-side where her pieces controlled the board. After winning a pawn, she pushed it all the way to the sixth rank. Thereafter, the queens were forcibly exchanged by Sachdev and she finished the game with a neat tactical stroke on the 56th turn.

Harika and Sophie Millet signed a truce after 40 moves in a  equal position.

Team USA, after conceding a draw against Uzbekistan in the last round, ended with a narrow 2.5-1. 5 victory against Israel, thanks to a determined Leinier Dominguez Perez after Wesley So and Levon Aronian had relatively quick draws and Fabiano Caruana’s best efforts came to naught.

England suffered a 1.5-2.5 loss against Armenia in another open section fifth round match.