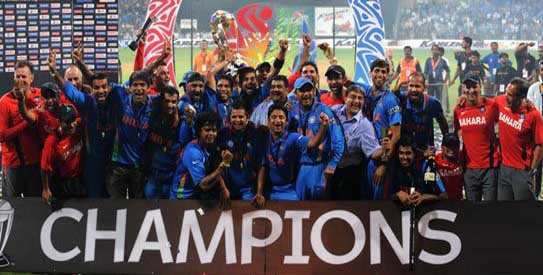 Minutes after India beat England by seven wickets in Ranchi this evening,lamps were lit up and bombs exploded in Ranchi to celebrate the victory.

The host’s victory means India is ahead of England at 2-1 in the ongoing series.

The victory came with a four hit by the Team India captain.Since this was the first ODI played on the Jharkhand State Cricket Association’s brand new stadium,scores of people of Ranchi,where Dhoni was born and brought up,spilled out on to the street and burst crackers.

“By defeating England,the Team India has set a record.As long as this stadium will last,this record will remain intact’,giggled Sudhir Singh,echoing the sentiments of many residents.

In response to Ravi Shashtri’s question during the award distribution session,Dhoni expressed his sentiments.”This stadium has world class facility”,said the Hero of Jharkhand.

Dhoni set to start training in Chennai for IPL-13