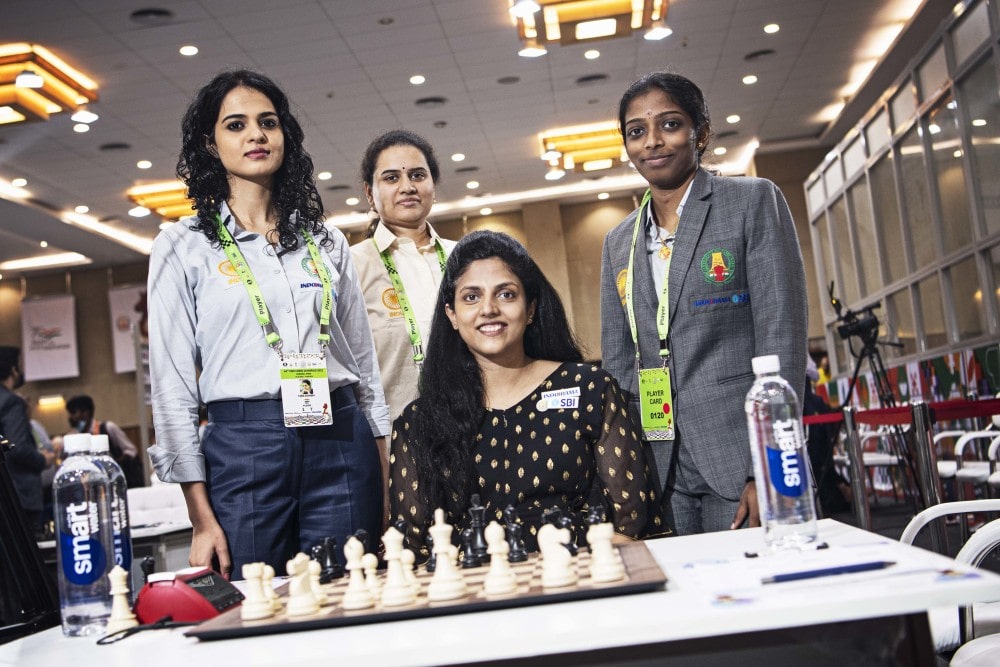 Tania Sachdev and R.Vaishali chalked out hard-fought victories to enable the Indian women's A team beat sixth seed Azerbaijan with a 2.5-1.5 for their seventh successive win to maintain their sole lead in 14 points at the 44th Chess Olympiad here on  Friday.

The hosts suffered a few hiccups after Humpy ended on the losing side in the first game. However, Tania Sachdev and R Vaishali once again rose to the occasion magnificently by scoring tough victories while Harika Dronavalli also battled hard to split the point.

Vaishali played splendidly in a drawn position, pressurizing her opponent with precise positive play and finally scoring a delightful victory.

Vaishali later commented: “Till the 40th turn, my game was dead equal and I considered settling for a draw. After Humpy’s loss, I had to keep pressing and interestingly, this was one position which we had worked in the camp with Boris Gelfand and I followed his suggestions to the ‘T’."

Meanwhile, in the open section, India A hit the accelerator when it mattered, defeating fellow countrymen in India C with a 3-1 score.

India B, after a loss to Armenia in the 6th round, bounced back with a 3.5-0.5 score against Cuba with D Gukesh leading from the front once again to notch his seventh successive victory in the tournament.

Nihal Sarin and R Praggnanandhaa too made merry with two fine victories while Adhiban B was held to a draw.

In another setback for the star-studded USA Team, Armenia held them to a 2-2 draw and continued their sole vigil at the top of the points tally with 13 points. India A and India B, USA, and Uzbekistan are trailing behind with 12 points each.

India B in the women's section lost to Greece 1.5-2.5.  Divya Deshmukh scored the lone victory for India while Vantika Agrawal and Soumya Swaminathan lost their encounters and Mary Ann Gomes had to stay content with a draw.