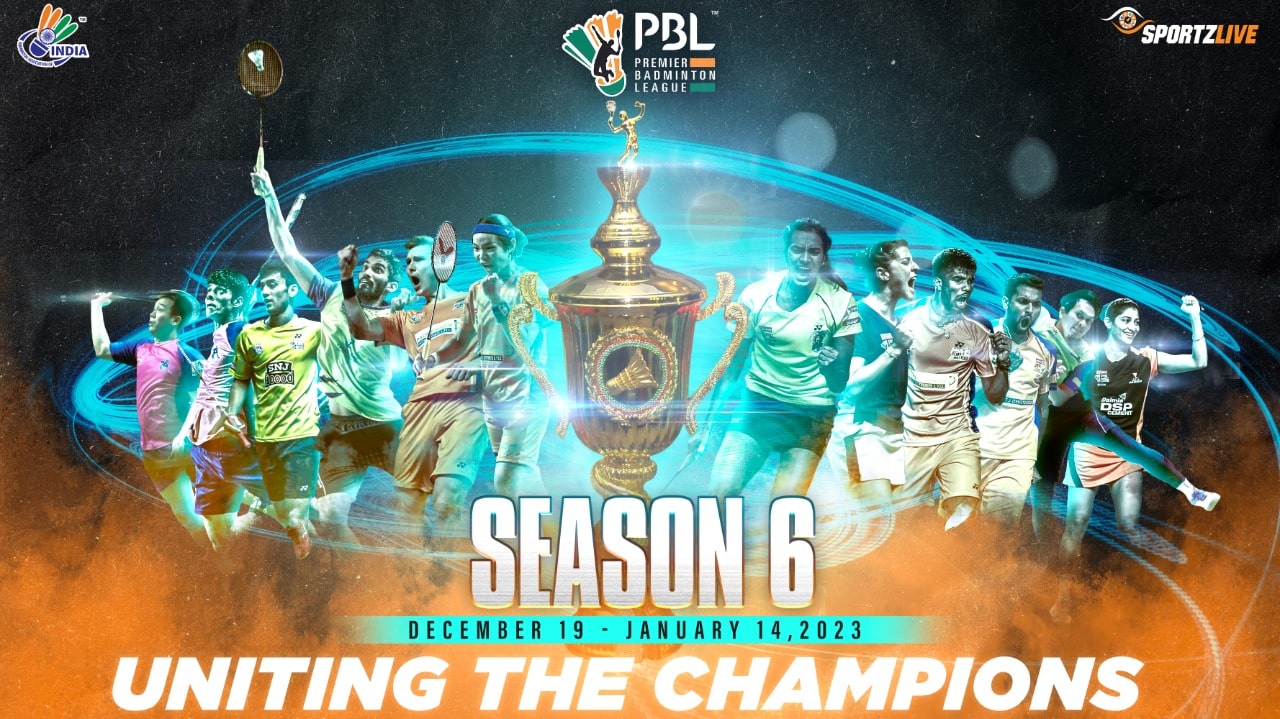 After a break of two years, the Premier Badminton League (PBL)  is back and will kick start from 17th December.

The star-studded four week long PBL, which will conclude on 14 January 2023,is one of the world’s top badminton leagues, organized by SportzLive—the official license holder of the league under the aegis of the Badminton Association of India (BAI).

The upcoming edition of the league will once again bring exciting world-class badminton action to the fans after a break of two years, owing to the pandemic.

“We are thrilled with the return of PBL. It’s a crucial part of Indian badminton and has contributed to growth of the sport in the country. It has provided a much-needed platform for our young players to showcase their talent on such a huge global platform, and its return is much awaited by the entire badminton fraternity,” said BAI  President Himanta Biswa Sarma.

PBL has emerged as the gamechanger for Indian badminton since its inception in 2016. “Indian shuttlers have hugely benefitted from PBL while playing alongside the world’s greatest players. The budding players have grown in confidence and experiences while interacting and I firmly believe the league will give a strong platform to BAI to create a lot more bench strength in the coming times,” Opined Secretary BAI Sanjay Mishra.

The league has witnessed participation of world’s biggest names in the last five seasons such as Indian stars Saina Nehwal, PV Sindhu and Kidambi Srikanth as well as the Olympic champion Carolina Marin, Viktor Axelsen, Tai Tzu-Ying and Lee Chong Wei among others.

“It was a tough period for all of us. We are fortunate enough to have been loved by the people and their love makes this league one of the biggest events in the badminton world. Since the start of the league to today’s date, the level of the game has gone up immensely in India. We are committed to developing badminton in India and thus, delighted to announce the return of Premier Badminton League. We promise the same level of breathtaking action for the fans through this season,” said Prasad Mangipudi, Managing Director of SportzLive.

The return of Premier Badminton League, especially following Thomas Cup and Commonwealth Games medals, will definitely catapult Indian badminton fans and the interest for the game in the country.