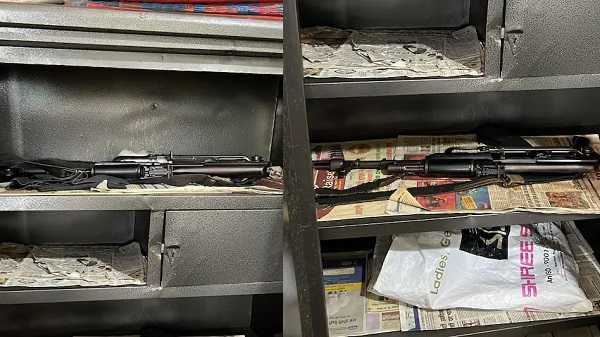 The Enforcement Directorate today launched a search operation at the Ranchi-based residence of Prem Prakash in connection with an illegal mining case and recovered two AK-47s.

ED sleuths found these two AK-47s from inside the almirah of Prem Prakash's house. A photo was taken on the spot by them. The photo shows these sophisticated weapons were lying in different racks of the same almirah. ‘No other product was found in this almirah’, said an ED source.

The ED sleuths carried out raids at several locations in Jharkhand, Bihar, Tamil Nadu, and Delhi-NCR after Pankaj Mishra was questioned earlier. Pankaj Mishra, who was arrested days ago is considered an aide of Jharkhand CM Hemant Soren.

Notably, the ED probe started after it raided Mishra and his alleged associates on July 8, covering 19 locations in Sahibganj, Barhet, Rajmahal, Mirza Chauki, and Barharwa in Jharkhand in the case linked to alleged instances of illegal mining and extortion.

The searches were launched after the ED filed a case under the Prevention of Money Laundering Act (PMLA) against Mishra and others in March, alleging that the former "illegally grabbed or amassed huge assets in his favour".