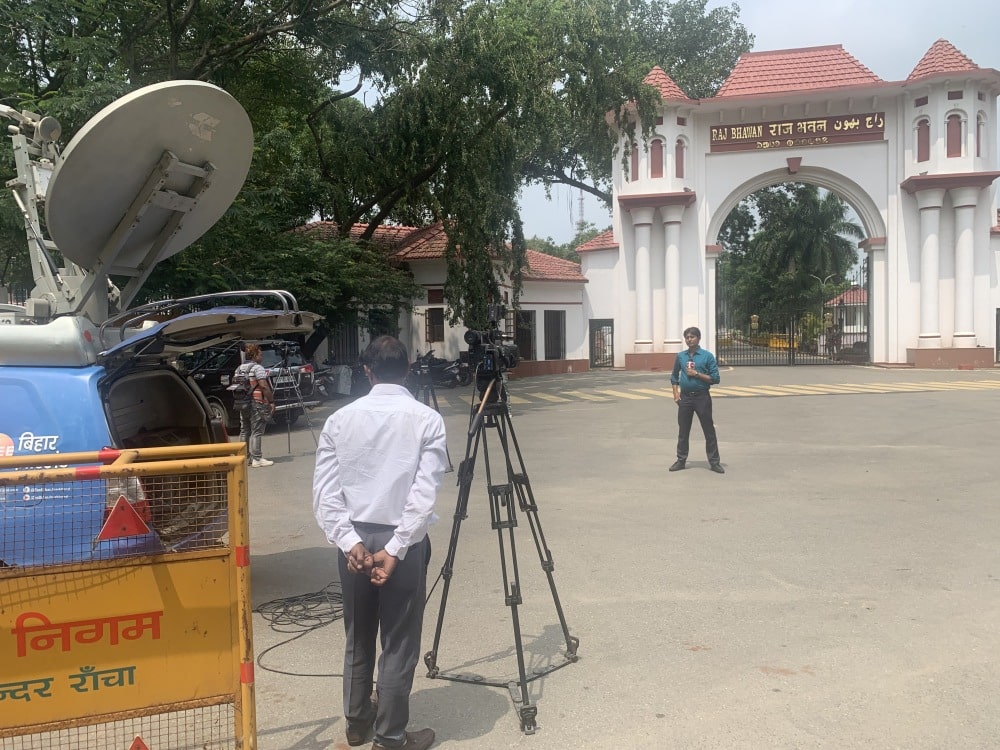 The Election Commission of India and Jharkhand Governor Ramesh Bais’s response to the sealed envelope sent by the former to the latter seeking Chief Minister Hemant Soren’s disqualification as MLA, has left media persons in the dark.

Both the ECI and the office of Governor Ramesh Bais having a team of Public Relations Department with photographers, videographers, and writers of press releases have not yet disclosed their official stand on the alleged ‘office of profit case against Chief Minister Hemant Soren.

The silence on their - ECI and Governor- part wasn’t simply “overheated” as their “secret” move has left the entire media agencies running from pillar to post to obtain fact- sheets through their own “sources.”

The “ sources” limited and confusing disclosures frustrated reporters who cover ECI, Governor and the ruling UPA regime in Jharkhand and seemed to play into “ the state in turmoil” rumours that have been promoted by Governor Ramesh Bais and his surrogates and touted in some media outlets.

Press reporters- those who have their own contacts with officials placed in the Raj Bhawan and provide reports to select reporters- never communicated to media persons any press statement connected with the Governor  and ECI’s “sealed envelop.”

Footage of Governor Ramesh Bais walking and talking to media persons was captured by TV and YouTubers at the Ranchi Air Port two days back when he had just landed from Delhi and ECI had sent him the same “ sealed envelop”.

“I had gone to Delhi for health check up at AIIMS. I will talk later…”, he had said on Thursday. Two days later though he had gone through the ECI’s “sealed envelop”, held closed door meetings with officials and legal advisors during the past two days, neither he nor his office had sent any communique to media agencies.

Now, when Governor Bais is reported to dispatch his decision packed sealed envelop disqualifying him as MLA, Chief Minister Hemant Soren is believed to have gained emotional support and backing of not only his party and allies MPs,MLAs and their workers, but also managed to gain the support of common Adivasis like Bhulu Oraon and Chirku Mundain.

“Hemant is our betu(sons). He has promised to provide jobs to teachers. We love him. We will not leave him”, said Bhulu and Chirku, residents of Kathal more in Ranchi, who are daily wagers.

-Jharkhand Governor Ramesh Bais is likely to take a call on Saturday on the Election Commission’s view on the “disqualification" of Chief Minister Hemant Soren as an MLA. Bais had told reporters that he would be in a position to comment on the issue once he took stock of developments.

-In the rapidly changing political scenario of the mineral-rich state of India, the JMM has exuded confidence that Soren will remain as the chief minister till 2024. The party also said it will move the Supreme Court if Soren is disqualified as an MLA.