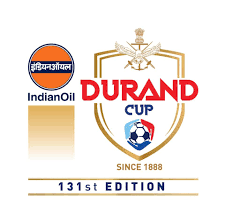 Two goals in the late second half enabled  Rajasthan United beat Indian Navy 2-0 to qualify for the quarter-finals of the 131st IndianOil Durand Cup football tournament at the Kishore Bharati Krirangan (KBK) here on Monday.

Mohun Bagan, who also finished with seven points in the group as the top two, bowed out on account of having lost to Rajasthan the opening game of the group.

Rajasthan who needed a win to qualify for the knockouts, started on an aggressive note against the Navy who were playing for but pride, having garnered just one point from their three earlier matches and with no chance to qualify.

Both teams could not create any clear chances as the game was mostly played in the middle of the park. There were a lot of stops and starts to the game as both teams committed fouls while trying to break up each other’s moves.

The best chance of the half came for Rajasthan when William Pauliankhum ran into space and Navy keeper Vishnu V.K came way out of his box to narrow the angle. William dribbled past the keeper and crossed for a waiting Youssef Attris, who had to just tap it inside, but Navjot Singh made a last-ditch tackle to save his team the blushes.

Navy also had a good chance to take the lead when Harikrishna made a good move from the left and cut back for Jijo, whose shot flew over the bar.

But superb performance under the bar by the Navy captain and keeper V.K Vishnu denied Rajasthan a breakthrough He made several saves including one stunner when he tipped onto the bar a volley from Uruguayan Martin Chaves.

Rajasthan finally ended the deadlock in the 73rd minute through Lebanese striker Youssef Attris. A shot from Ragav Gupta from outside the box was well saved by Vishnu but the rebound fell to Barboza who crossed past Vishnu and Youssef had to just tap it into an empty net.

The sense of relief also brought about the second goal after an excellent through ball by Nikum was met by Barboza’s run in the 89th minute and he finished confidently past Vishnu to seal the game for his team.