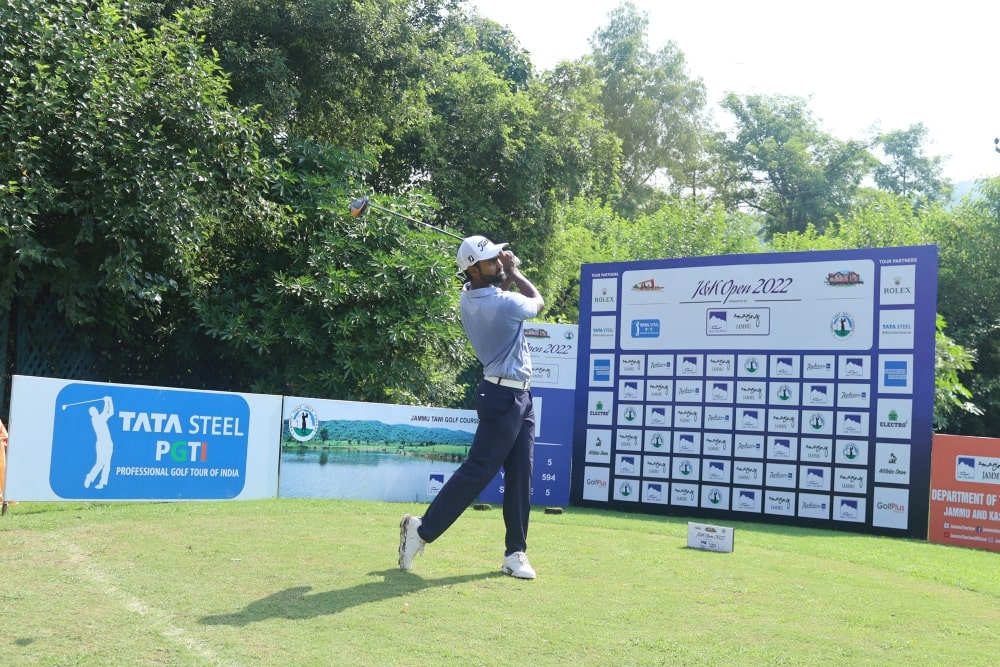 Chandigarh’s Yuvraj Sandhu and Delhi’s Arjun Prasad carded identical three-under 69 to share the lead at the end of round one of the J&K Open as the PGTI made its debut at the Jammu Tawi Golf Course.

On a high-scoring day which produced only nine under-par scores, Yuvraj and Arjun, lead the 126-man field by a margin of one shot.

Bhawani Singh Parmar (78) of Jammu was the best-placed among the professionals from J&K as he occupied tied 55th position.

Sandhu, currently second on the PGTI Order of Merit, began the week with a bogey on the 10th but fought back with five birdies thereafter including a chip-in on the 17th, two good chip-putts and a 12-feet conversion on the seventh. Yuvraj finally closed the round with a bogey on the ninth.

Sandhu said, “I missed a few fairways today but I managed myself well in those situations. It’s a tight course and the tee shots are demanding. There’s a premium on hitting the maximum number of fairways.”

Arjun Prasad, who was Yuvraj’s playing partner on Wednesday, had a birdie and bogey each on the back-nine. Arjun, who came up with some quality wedge shots through the day, closed the round with a flurry of birdies on the fifth, eighth and ninth. Prasad’s birdie on the last was a result of his fabulous second shot from 185 yards that landed within three feet of the pin.

“After assessing the conditions early on, I knew that an under-par score would be a really good start here. So I’m quite pleased with my effort in my first outing  here" Arjun said,