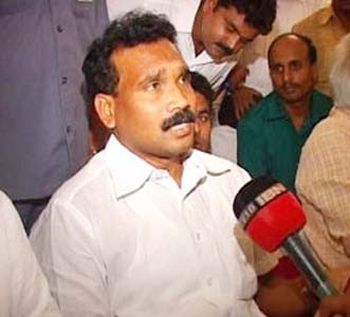 Ex CM Madhu Koda was back in jail.He was out of jail on conditional bail to see his ailing mother in hospital.

The Jharkhand High Court had granted him a conditional bail on April 18 for three weeks to facilitate him attend to his ailing mother in a local hospital.

Today,on completion of three weeks he surrendered before the court.The court again remanded him in judicial custody for 14 days.

Faced with the charges of corruption,fraud and owning disproportionate assets to his known sources of income,Koda has been in jail since November 30,2009.