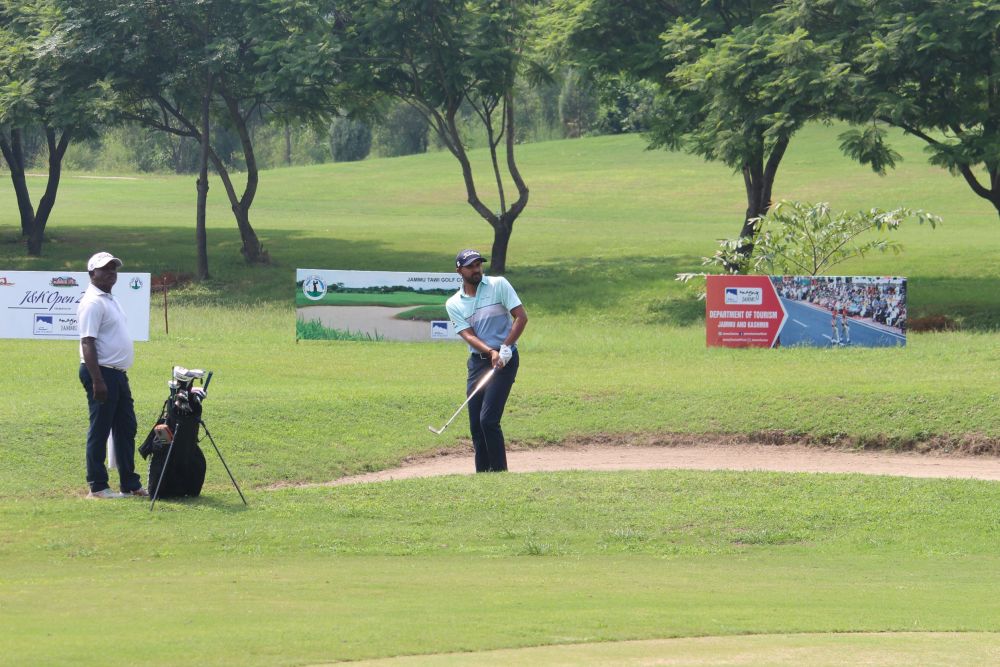 Khalin Joshi  (Bengaluru)  carded the day’s best score- four-under 68, to move up two spots and take a one-shot lead at six-under 138 after round two of the J&K Open at the Jammu Tawi Golf Course on Thursday.

On a day which witnessed 17 under-par scores, eight more than round one, the cut came down at eight-over 152. Fifty-four professionals made the cut. All the local players missed the cut.

The first-round joint leader, Chandigarh’s Yuvraj Sandhu, stayed in contention with a steady 70 that enabled him to close the day in second place at five-under 139. Bangladesh’s Jamal Hossain (70) was third at four-under 140 while Delhi’s Arjun Prasad (72), the overnight joint leader, was a further shot back in fourth place.

Gurugram-based Kartik Sharma’s 68, the joint lowest score of the day,  produced  the first bogey-free round of the tournament to be in tied fifth place along with city mate Veer Ahlawat (71), Bengaluru’s Mari Muthu (70) and Delhi’s Shamim Khan (72).

Among the prominent names, Rashid Khan was tied nine at even-par 144, Udayan Mane was tied 13th at one-over 145, Manu Gandas was 18th at two-over 146 and defending champion Honey Baisoya was tied 41st at seven-over 151.

Khalin Joshi, a 10th tee starter on day two, picked up a birdie early on the 11th .He then made pars all the way on the back-nine. He began to seize the initiative on the front-nine with a 15-feet birdie conversion on the first.

He followed that up with some top-class wedge shots that led to short birdie putts on the fourth, fifth and eighth. He dropped his only bogey of the day on the seventh and made a good par-save from the bunker on the closing ninth.

Joshi said, “I drove it really well today and was quite accurate from a distance of 50 to 75 yards to set up short birdie putts. I guess it is a little easier to score in the morning session as compared to the afternoon session and I made the most of my morning start today.”
Yuvraj Sandhu (69-70) was on fire on the front-nine as he sank birdies on the second and fourth and holed his approach from 78 yards for an eagle-two on the fifth. He stumbled on the back-nine making bogeys on the 12th, 14th and 17th. However, he managed to pull one shot back at the end with a great up and down from the bunker for a birdie on the 18th.

“The back-nine today was a test of endurance for me more than a test of golf because of the tough weather conditions as it was hot and humid and there was no wind to comfort the players.”He added