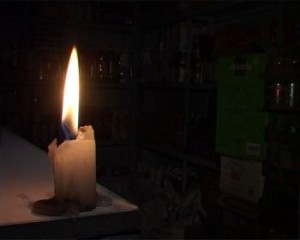 Sudhir Jaiswal had shut his cyber café this afternoon as there was no power supply.”We are ruined due to power cuts”,he cribs.

Jaiswal is among thousands of shop keepers,businessmen,traders,students and parents who were suffering from untold miseries due to frequent power cuts in Ranchi and its adjoining areas in Jharkhand.

Many of them had held demonstration outside the Jharkhand State Electricity Board’s grid at Chutia and other places on Tuesday-Wednesday night.

In view of the problem,Federation of Jharkhand Chamber of Commerce and Industry organized a meeting yesterday to discuss the deteriorating state of power supply in the state capital.Jharkhand State Electricity Board’s General Manager KK Verma was the main speaker.

Though the problem remained unchecked,Verma blamed the media for carrying false stories of power cuts.”There was no power cut in certain areas but the media reported otherwise,”said Verma.

This was described as a ‘white lie’ by the residents of Shivpuri who suffered from power cuts for atleast six- eight hours a day.