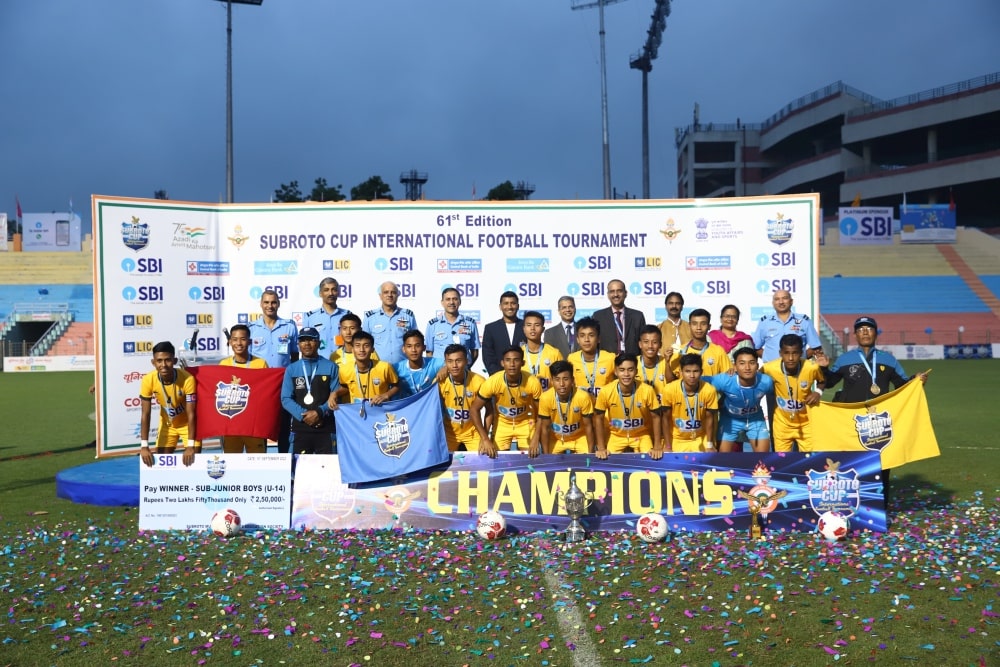 In a fast-paced final Manipur had most of the possession but the Jharkhand defence was determined and thwarted the attacks of the Manipur side. The first goal of the match came through a penalty when L. Bikramjit was fouled inside the box. He converted the penalty to give Heirok the lead in the first half.

Second Half also saw both teams creating chances but either teams could not convert. The second goal came from a corner which was brilliantly headed in by TH Shital to seal the match and the trophy for the school from Manipur.

Speaking on the occasion, Air Marshal said, “It is wonderful to see such incredible young talent compete in the spirit of the game. The beauty of the Subroto Cup is that it brings together the best of young footballing talent from across the nation under one roof and this year the Boys U-14 tournament has been an apt reflection of that with 28 teams representing their states and union territories. I congratulate not only the winners today, but also all the teams and their coaches and support staff for the admirable effort to reach this far. I wish you all the best for the future and am confident that the Subroto Cup experience will help you achieve even greater heights.”
Nirmal Chettri also provided encouragement and tips to the budding footballers saying, “You are very lucky to have got a platform like the Subroto Cup as a stepping stone to your footballing career. All I can say is that if you wish to become successful footballers in the future, practice and compete every day like you are playing a world cup final."