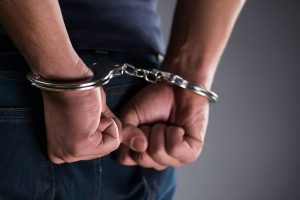 In a shocking incident, a 22-year-old woman has been allegedly gang-raped by six men in front of her husband in Jharkhand’s Palamau district.

The police have managed to arrest six accused.

Her husband and one of his relatives left on a motorcycle to bring her back home. At one place, while he was trying to request her to return home, six men came on motorcycles, severely thrashed him and his relative, and took his wife to a nearby location, where he could see and hear them and took turns to rape her.

Later, when the accused tried to shift her to another location, the bike hit another vehicle and the victim fell and started screaming for help. This promoted nearby villagers to intervene.

As a result, she could be freed from the clutches of the accused two of whom were nabbed by villagers. Soon, the police was called.

Subsequently, the police arrested four others making the total number of arrests to six. The victim was medically examined after the police registered a case of gang rape on the complaint of the victim and her husband.