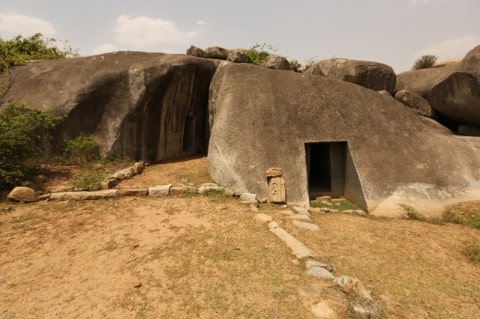 The Archaeological Survey of India (ASI) is out to request the UNESCO to include two caves in Bihar in its tentative list of World Heritage Sites, reports PTI.

These two caves are Barabar and Nagarjuni in the Jehanabad district of Bihar.

These are considered to be the “oldest surviving rock-cut caves in India dating back to the Maurya period", PTI quotes an archaeologist as saying.

Historically, the same PTI report adds that the “Maurya period is believed to have lasted from 321 BC to 185 BC. The Barabar Hills, located in the Makhdumpur region, embrace the cluster of four caves, together called Barabar caves.”

“These are known as ‘Lomas Rishi’, ‘Sudama’, ‘Vishwakarma’ and ‘Karan Chaupar’ caves. The Nagarjuni Hills comprising three caves are around two kilometres from Barabar.”

“Both of the hill cave carvings are believed to be from the same time period. We (Patna zone of the ASI) are preparing a detailed proposal which will soon be sent to UNESCO for inclusion in its tentative list of the World Heritage Sites," PTI report quotes Superintending Archaeologist (ASI, Patna circle), Goutami Bhattacharya, telling its correspondent.

“The proposal will be submitted to the United Nations Educational, Scientific and Cultural Organization through ASI headquarters in New Delhi,” she told PTI.