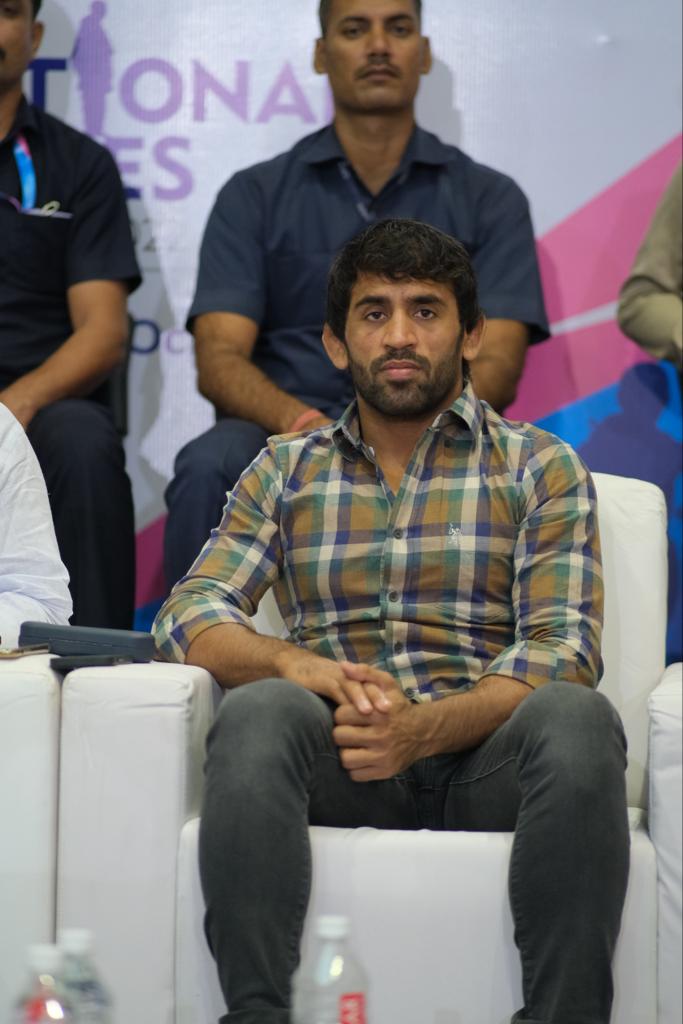 A freak head injury, at the World Championships in Belgrade, ended Bajrang Punia’s chances of participating in the ongoing 36th National Games here.

Still the ace grappler made an appearance at the wrestling arena in Mahatma Mandir on Saturday, as a guest.

“The National Games is the only tournament which I haven’t participated till now. I have been part of many international tournaments, but miss being a part of the National Games. In 2015, I was training in the US and couldn’t be a part, and this time around, the stitches on my head didn’t heal on time,” he said.

“After the World Championship, there was very little time to recover. I desperately wanted to be a part of the Games here,” he informed.

The ace wrestler was impressed with the efforts put in by the organisers of the saying that the standard here matches the international tournaments, he has been a part of.

“Congratulations to Gujarat for grabbing the opportunity to host the National Games with both hands. At the same time, I appreciate the Prime Minister’s effort and his keen interest in sports due to which he came to launch the Games,” he said.

The Asian Games gold medallist was of the view that the National Games will provide the right platform for upcoming players to showcase their talent.

“For the younger players participating in the Games, I believe this will boost their confidence and give them a feel of the international exposure. Even the hotels and the food they are being served is very impressive,” he said.

On the personal front, Bajrang said that the stitches on his head have healed and he is back to training as preparations for the next Olympic cycle starts for the four-time World Championship medallist.

“The injury has gradually healed, and I’m back in training. There are no major immediate tournaments but in 2023, we have the Pro Wrestling League, Asian Championship, World Championship and the Asian Games. The qualifications for the Paris Olympics will start at the Worlds, and the focus has now shifted towards the Olympic cycle,”.

“We will be training mostly in India for the next one month or so, before deciding on exposure trips, it could be Russia or the US,” he added.