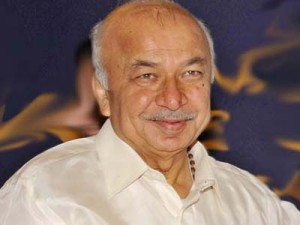 Preparations are in full swing to accord grand welcome to Home Minister Sushilkumar Shinde in Ranchi on Tuesday.

Shinde is slated to take stock of the security situation and development initiatives in the Naxal-affected Jharkhand.

As per his schedule,Shinde will be accompanied by senior Home Ministry officials.Soon after their arrival,they are to review the law and order situation in Jharkhand and learn from the Jharkhand police officials the steps initiated to contain Naxlite violence.

Jharkhand is currently under President’s rule.

The Centre is struggling to contain Naxal violence in Jharkhand where there were 542 abductions and nearly 200 killings perpetrated by Maoists in last three years.

In the last four months alone, there were 55 incidents of abduction and more than 30 killings in violence carried out by Naxals in the state.

Today there was an exchange of fire between the security forces and the Naxals in Saraikela-Kharsawan district.