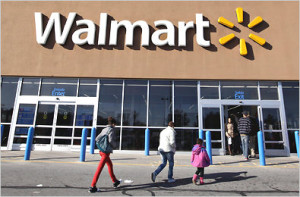 French retail chain Carrefour and U. S. retail giant Walmart may review their plans to set up stores in India,according to reports.

Reports say they have developed cold feet mainly because of the hostile environment and the Indian government is yet to make the foreign investment policy friendly to foreign investors.

Deepika Kutty in topnews.com quotes an official saying:”Some announcements have been made in the Budget.. However, these are not spelt out in the policy. The foreign retail companies have sought clarity on these and other issues.”

Both Carrefour and Walmart have reportedly written to the Indian government, expressing their reluctance to make investments in the Indian multi-brand retail market due to uncertainties around the FDI policy.