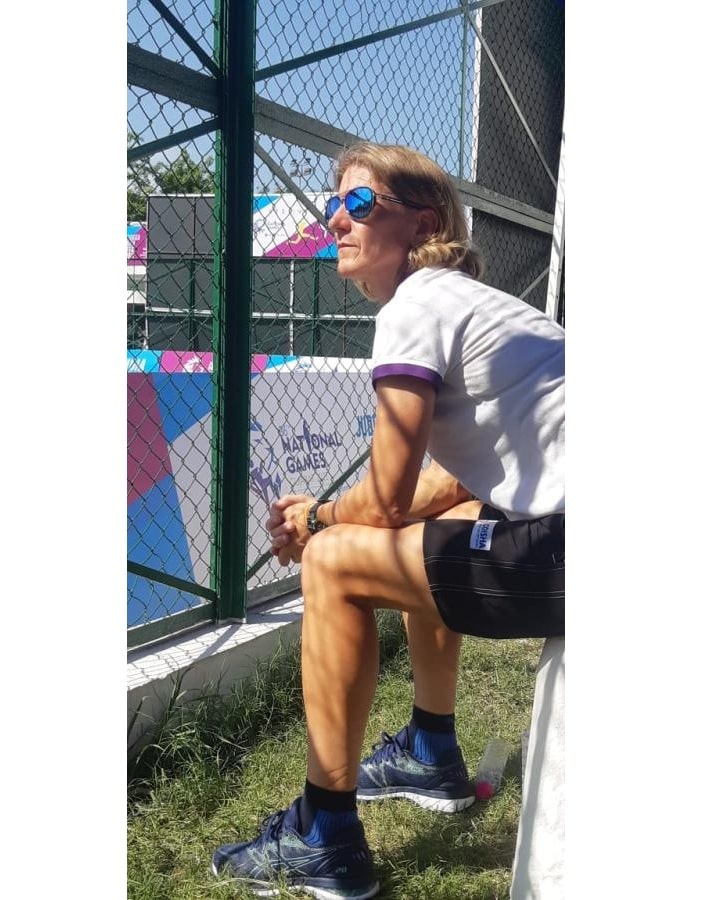 Indian women's hockey coach Janneke Schopman feels that National Games are being held at right time tune-up for. "The Games could not have asked for a better time than this 36th edition which enables the athletes to engagements"

The coach has been spending considerable time in the spectators’ gallery at the Dhyan Chand Hockey Stadium here watching the group stage action in the 36th National Games.

She is on a scouting trip to select fresh faces for the camp and believes that the National Games has come at the right time for women’s hockey.

The women’s hockey team is in a rebuilding faze after finishing fourth in the Tokyo Olympics and the coach is keen on expanding the pool of players that can make the squad. “India has huge talent and such tournament will open doors for them to be spotted. Besides I am here to watch the Haryana team in particular because there are ten Indian players.

“I would have loved to see the Indian players play against each other. I feel sorry for some of them who are not here, as their state have not made the cut,” said the former Dutch midfielder who has now sets her eye on the FIH Nation League which is to be held in Spain next month.

Schopman insisted that domestic tournaments in which up and coming players get to play against international stars were important to expand the talent pool.“It is a great feeling to see the Internationals from the camp to take part in such domestic events. Domestic calendar is a must for any national side. And it also opens doors for the other players to make the cut into the national side,” she added.