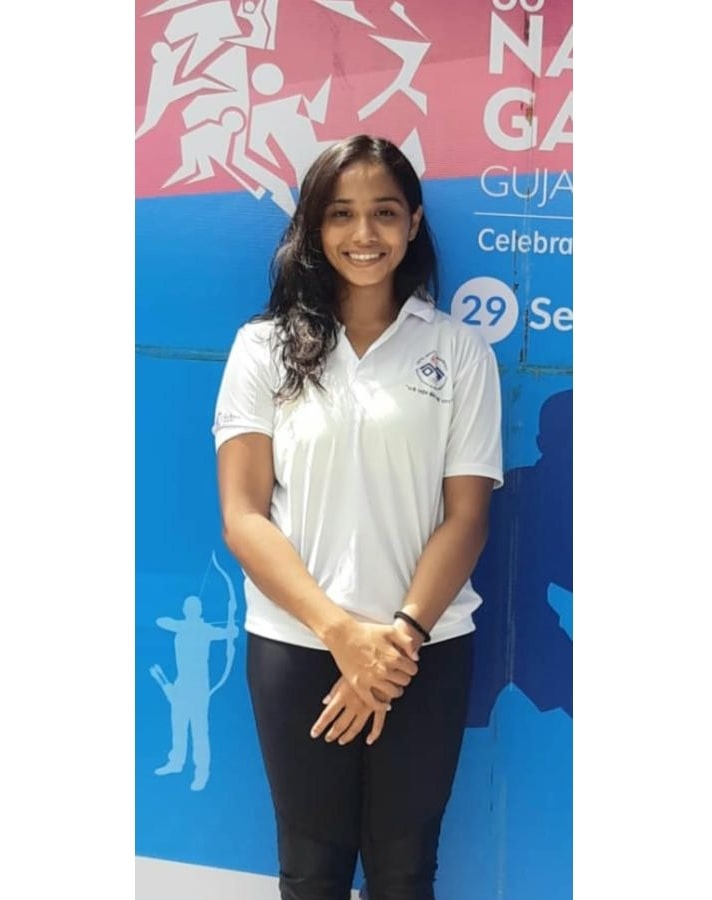 “I had made the team in only one event, and since it was the last event, the fatigue of waiting was setting in. But I worked on that with my psychologist and came close to my best ever to win the medal,” said Medhali, who won the gold medal with a total of 171.50 points.

“I had complete confidence in my abilities. Yes, there was some anxiety in my mind going into the competition. But I worked on focusing only on my routine today,” add Medhali who is also a practising physiotherapist.

The 24-year-old, who had won multiple national-level medals in gymnastics, has been successfully balancing her academics and sports over the years and said it was easy for her as she was driven to excel in both.

“I never wanted to restrict myself just to academics or sports. It means I need to work extra hard and my social life and friendships suffer. But I am happy with the way things are,” said Medhali who spends about three hours on diving practice and also works with a local sports clinic as her day job.

Speaking about her transition from gymnastics to diving, she said that initially, she used to practice both sports when she joined coach Tushar Gitaye in the Prabodhankar Thackeray Swimming Pool back in 2015.

“Though gymnastics and diving need similar abilities, the techniques are quite different. In diving you go head first in the water while in gymnastics you have to land on your feet.

“I wasn’t getting the right feel initially. But in the school nationals that same year, I finished fourth or fifth but was very happy with the way I executed my dives and decided that I could do this for a career,” she said.

Medhali is aware that diving isn’t one of the more popular sports in the country but is hoping that things will change in the near future. “When I started gymnastics, it was still an obscure sport. It was only after Dipa Karmakar reached the Olympics that everyone started knowing about it.

“Hopefully, diving will also soon get there. I will be happy to contribute to its success with my performances,” she added.