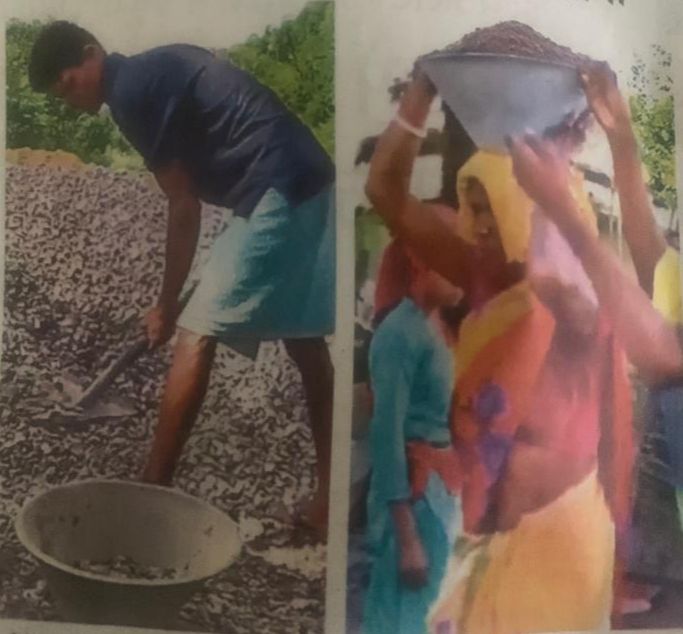 While they earned Rs 250 each, mother Tara Devi and father Heera Oraon of Astam Oraon, the captain of India's U-17 women's football team, were working as daily wagers to build a brand new road between their hut made of earthen walls and Banarigora village in Gumla.

The road was being constructed to connect Astam Oraon’s home with Banarigora by the district administration in her honour, said Gumla DC Sushant Gaurav who was not aware that her parents were working as daily wagers.

In an interview with the Hindi Daily Dainik Bhaskar, which broke this story today, Heera Oraon defended himself saying,” If we don’t work, how will we survive.”

Astam has two sisters and one brother. Elder sister Sumina Oraon is a national discus throw athlete. Her youngest sister Alka Indwar is a player on Jharkhand’s under-16 football team. The youngest among them is the brother who is a student.

Father Heera Oraon who owns an acre of rain-fed land cultivated one crop of paddy. Due primarily to a short plot of rain-fed land lacking irrigation facilities and electricity, he and his wife Tara Devi worked as daily wagers to eke out a living.
In any case, it’s a proud moment for them since their daughter Astam is leading India’s U-17 women's football team in the FIFA Women's Under-17 World Cup.

India takes on the mighty US in their opening match at the Kalinga Stadium in Bhubaneswar this evening.

Ahead of the opening match, the district administration arranged for a television set and an inverter delivered to Astam Oraon's home so that her family can watch her matches, reports ndtv. com.