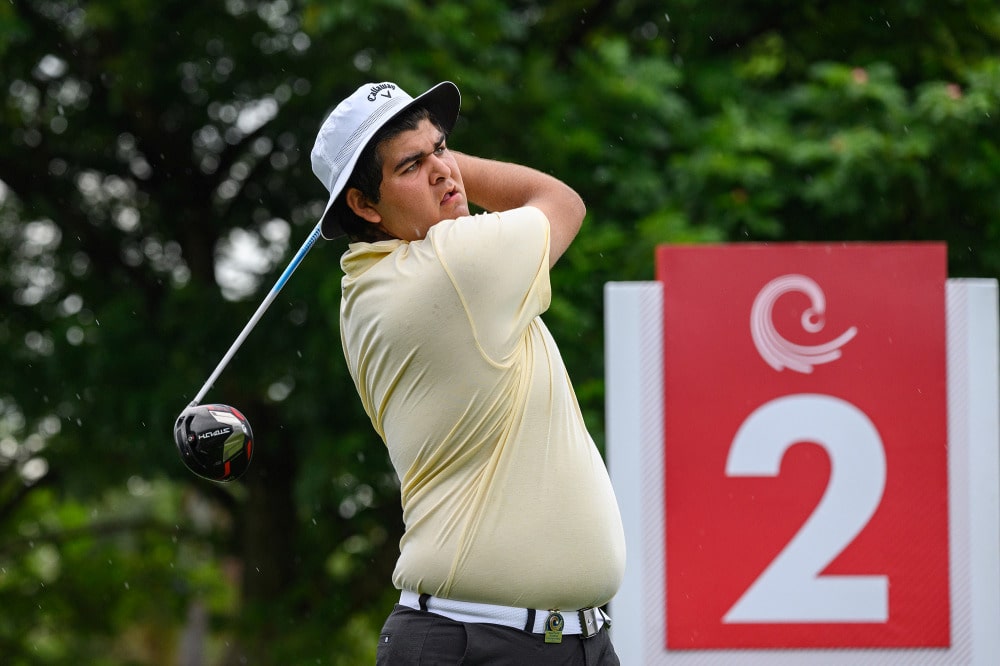 Debutant Krishnav Nikhil Chopraa, was the best Indian at Tied 20th after the first day of the 13th Asia Pacific Amateur Championships at the Amata Spring Country Club, Chonburi in Chonburi on Thursday.

The 17-year-old Chopraa had five birdies but twice hit into the water on the eighth for a bogey and a double bogey on ninth. “I made a good recovery on the back nine,” said Krishnav, whose father, Nikhil, was his caddie, having taken a break from his commentary duties at the T20 World Cup in Australia.

Krishnav was five shots behind the leader, Bo Jin (65) at the end of the first round.

It was a disappointing start for the other Indians as Shat Mishra (73) was tied 50th. Rayhan Thomas, Arjun Gupta and Milind Soni with 74 each were Tied 61st and Aryan Roopa Anand (75) was Tied 74th. Shaurya Bhattacharya (76) was Tied 80th in the 120-man field which has players from 38 countries and territories.

The leader was Bo Jin, who began the day with a bogey, had six birdies and an eagle after that in his 7-under 65. He held a two-shot lead at the end of the first day. Bo’s brother, Cheng, won the championship in 2015 and Bo himself finished third and eighth in his previous two starts at AAC.

On a low-scoring day,  Bo was followed by Singaporean James Leow, who missed a Korn  Ferry Tour card by two shots, and the 15-year-old Thai sensation ‘TK’ Ratchanon Chantananuwat, who has won a pro event on Asian Tour. Leow and ‘TK’ shot 67 each.

Krishnav Chopraa, who joined the Long Beach State University in the US this year, said, “I started off with a birdie and hit my driver on fairway about 90 yards in to the pin. I left it 15-20 feet short but made the putt.”

Krishnav got off to a  good start with a birdie on his very first hole. His also had birdies on the third, seventh, 11th and 12th. There were some birdie chances in the last six holes but they did not fall. Yet, he finished his last six holes without a bogey for a card of 2-under 70.

Thomas, runner-up in 2018 at Sentosa, Singapore, was 1-under through 15 before he dropped a shot on 16th and then found water from the middle of the fairway for a double bogey in a card of 74.

Arjun Gupta rallied from 3-over after three to even after 13 only to drop shots on 15th and 16th and finish 2-over. Shat Mishra was even par after 13 holes but then came two birdies and three bogeys including on the eighth and ninth, his closing holes.

There will be a cut after 36 holes and the top 50 and ties will qualify for the final two rounds.