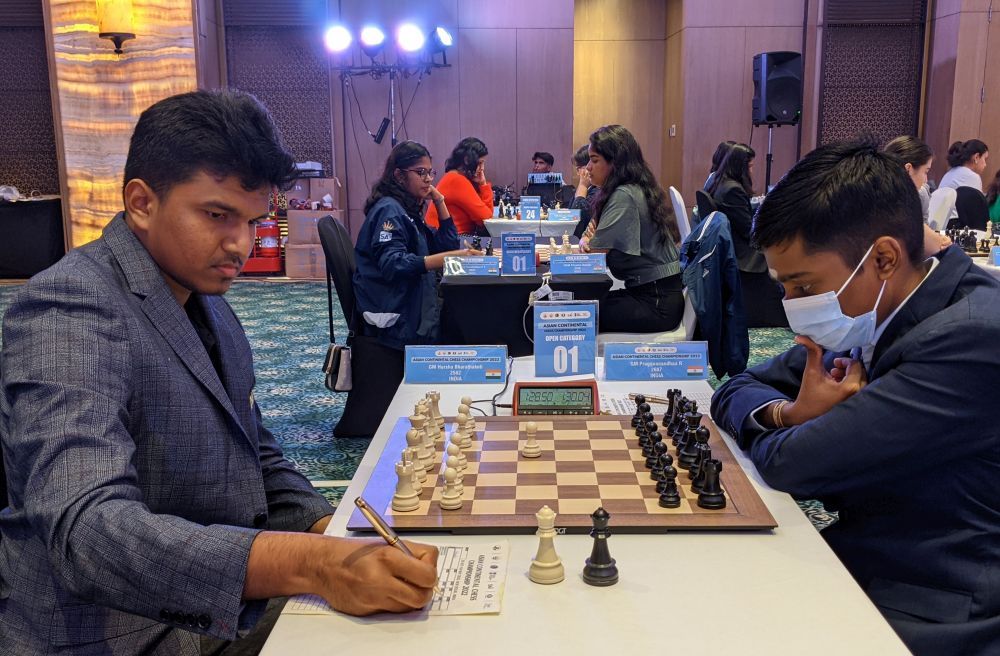 Playing white side of the Catalan opening, Harsha exchanged the pieces with his top seed at regular intervals to sign the peace treaty after 33 moves. A group of eleven players including Prgganandhaa are trailing behind the leader with a drift of half point.

In the women’s section, Nandhidhaa P V emerged sole leader after beating  Priyanka Nutakki in the sixth round. Playing with dark pieces in the Alapin Variation of Sicilian Defense, Nandhidhaa capitalized the positional mistake committed by her opponent in the middle game to garner full point from the outing to take her point tally to five and half points. She now enjoys a one point lead over nearest contenders Padmini Rout and Priyanka Nutakki with three rounds remaining.

After a sedate start, 2018 edition winner third seed Padmini Rout found her rhythm back to beat sixth seed Nilufur Yakubbaeva of Uzbekistan to follow the leader with four and half points.