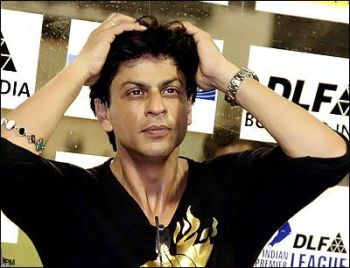 Days back when the cricket fans learnt that Kolkata Knight Riders will play two matches in the Pepsi IPL at Jharkhand State Cricket Association’s International stadium in Ranchi, they were in cheers expecting to see the Bollywood’s Badshah and owner of the KKR, Shahrukh Khan.

Aware of their sentiments JSCA’s president Amitabh Choudhary went to Kolkata and personally requested Khan to come and witness the matches at JSCA’s stadium. By not turning up today, to watch his team KKR play Pune warriors, Shahrukh has disappointed them.

“We are really sad that he did not turn up”, cribbed Imran Ahmad, a fan echoing the sentiments of many cricket fans.

Though there is no official explanation, rumors say that Shahrukh was a dejected man since the performance of the KKR in the current Pepsi IPL series was lucklustre.