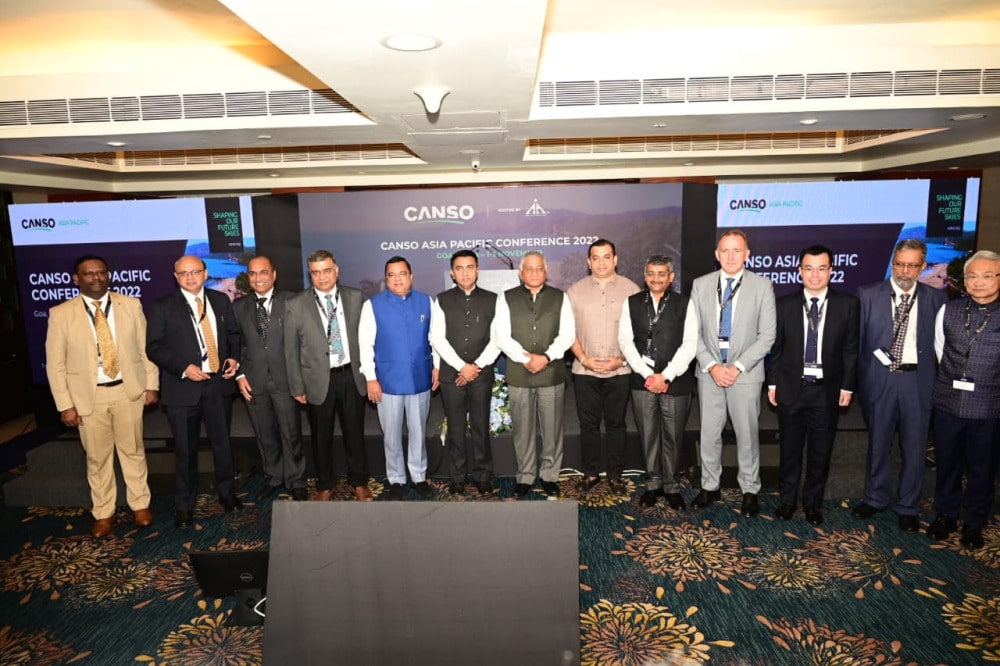 In his virtual address, Union Minister of Civil Aviation Jyotiraditya Scindia said the conference has brought together experts from across Asia Pacific, which reportedly contributes to 35% to 40% of global air traffic. He stated that the Indian economy is moving forward at a brisk pace and the civil aviation sector is likely to log around 400 million passengers over the next 7 to 10 years. He said the theme of the conference is contemporaneous with the Indian government’s vision under Prime Minister Narendra Modi.

Addressing the conference, the Union Minister of State of Civil Aviation General (Dr.) Vijay Kumar Singh (Retd.) said that the aviation industry supports almost 3.5 trillion dollars which is almost 1.4% of Worlds’ GDP. He stated that though the industry suffered heavily during Covid-19 pandemic, domestic recovery across the world is now improving. In India, the aviation industry has reached almost 95% of pre-covid passenger traffic, said the Minister.

He observed that Air Navigation Service Provider (ANSP) services are the most important aspect of aviation. General (Dr.) Vijay Kumar Singh urged the aviation industry to collaborate on technology. “Airspace is going to grow in coming times, we have many flying objects in the air, not just aircrafts. So, we need to deal with the latest technologies”, added the Union Minister.

Sh. Rajiv Bansal, Secretary, Ministry of Civil Aviation highlighted the significance of the conference for India. He said, the issues being discussed in this conference are relevant for the growth of civil aviation in India.

CANSO – the Civil Air Navigation Services Organisation – is the global voice of the air traffic management (ATM) industry and is shaping our future skies. Its members support over 90% of the world’s air traffic and include air navigation service providers, airspace users and operators, manufacturers and aviation industry suppliers. The organization looks on global Air Traffic Management performance by connecting the industry to share knowledge, expertise and innovation.

About Airports Authority of India

Airports Authority of India (AAI) is responsible for the provision of Air Navigation Services over the Indian continental airspace and adjoining oceanic airspace, delegated to India by ICAO. AAI also functions as the major airport operator in India, responsible for management of 133 Airports which include 24 International Airports, 78 Domestic Airports, 10 Custom Airports and 21 Civil Enclaves. AAI’s vision is to be World’s leading Airport Developer, Operator and Air Navigation Service Provider with a mission to enhance air connectivity across the nation and be an environment conscious sustainable organization using the state of the art and indigenous technology for cost effective, modern, safe airport operations and air navigation services.