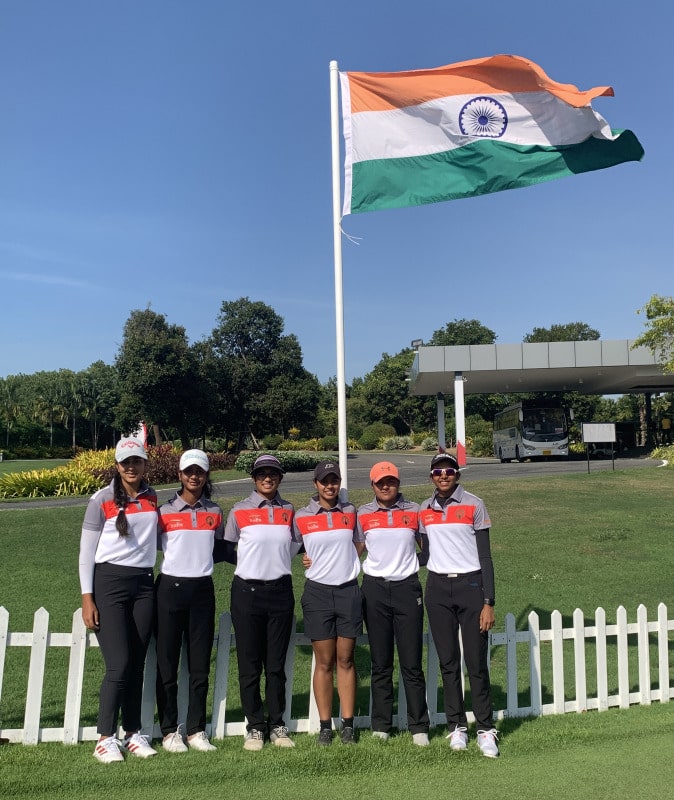 Avani, who was Tied -16 at the event last year in Abu Dhabi, has since played in 10’ international events outside India, and in the Ladies European Tour event, the Hero Women’s Indian Open in India last month, where she came Tied-12th with the equal best round on the last day of 5-under 67.

The top ranked Indian ,who will be the first to tee off in the very first group from the 10th tee ,said, “I think playing with the best last year, I definitely had a couple of areas to work on. They have gotten much better this year. So I think I definitely have a better chance to win it this year than I did last year.

Avani, who turned 16 last month, commenting on the course, said “The 8th and 9th are super difficult because you're hitting directly into the wind, and then a couple holes on the back nine. I think, if I take care of those maybe four or five holes, I'm really going to end up playing well this week.

“So we're getting a lot of long clubs in because of the amount of wind that's there. Mainly to hit those long irons well and not drop any unnecessary shots would be my main target. I also need to take advantage of the holes that are short. It would be great if I don't drop any shots and take advantage of those.”

Sifat Sagoo, who studies and plays golf at Purdue University, arrived late on Tuesday after flying for 23 hours from the United States. She is hoping to get some good sleep ahead of the first round on Thursday.

Japan’s Saki Baba, winner of the US Amateur Championship winner and the World Amateur Golf Ranking (WAGR) No. 4, is the highest-ranked player in the field this week.

The tournament comes just when Thailand’s Atthaya Thitikul, the first WAAP champion in 2018 and a runner-up in 2019, became the World No. 1 this week.

Atthaya, now 19, in her first pro season on the Ladies European Tour won the Race to the Costa del Sol (Order of Merit), Rookie of the Year and Player of the Year Awards. In 2022, she won two titles in her first season on the LPGA Tour and went on to become only the second player to reach World No. 1, while still being under 20.