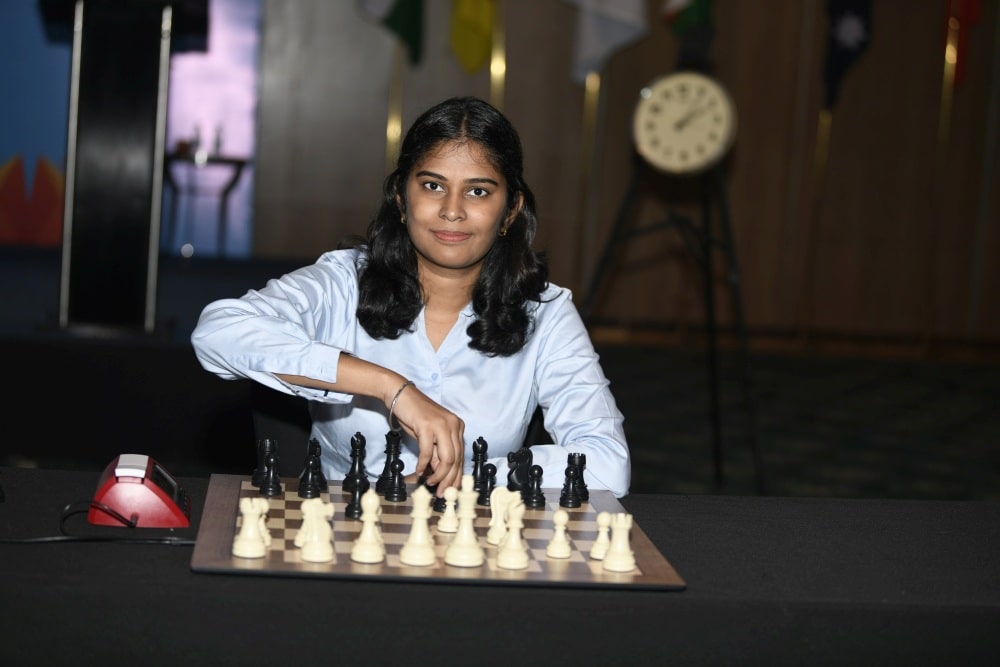 In the women's section Grandmaster Nandhidhaa P V drew her final round game against Divya Deshmukh to take her point tally to seven and half points to lift the title.

A six-way tie for the runner-up position with six and half points was resolved by tie break score and Harsha Bharathakoti finished ahead of the rest while B Adhian completed the Indian domination with a third-place finish.