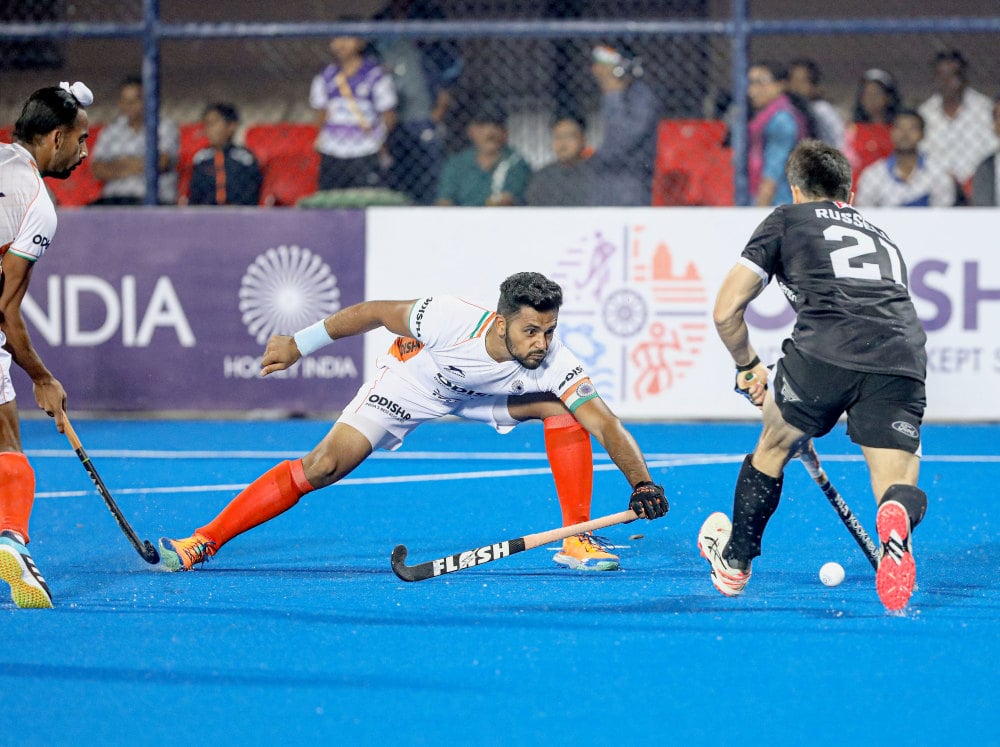 Buoyed by a big 7-4 win against New Zealand on Friday,  a rejuvenated India is looking for a revenge win against Spain in the FIH Hockey Pro League at the Kalinga Hockey Stadium, here on Sunday.

India had lost to Spain 2-3 in the first leg and the double header provides Harmanpreet and his boys to avenge that defeat and finish this leg of the FIH league with three wins,  having already won two matches against New Zealand.

"Despite conceding early goals, our focus to stick to our game plan and surge ahead worked. I think every player played to his potential against New Zealand which ensured this result," Captain Harmanpreet Singh said after the match against New Zealand.

Riding on their 3-2-win last weekend, Spain will pose a stiff challenge against India in the second leg of the double header game. But Harmanpreet believes if the team can carry forward the momentum from the match against New Zealand where they did not drop the tempo at any moment, they can convert a win against Spain.

"Playing consistently all through the four quarters was our main goal. We will need to play the same way against Spain who play defensive hockey compared to New Zealand and they can slow our game down." the captain said adding "But we should just stick to our plans. We will watch how they play against New Zealand today and come up with a strategy for Sunday," he concluded.

With the big result on Friday, India is now placed on top of the pool standings with six points.