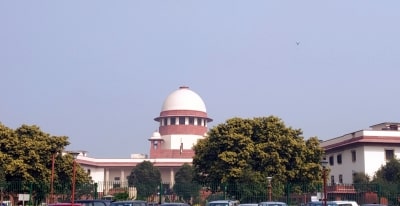 In a landmark verdict, the Supreme Court upheld the validity of the quota for the economically weaker sections in a 4-1 majority on grounds that it did not violate the Constitution.

The apex court pronounced its judgment on a batch of pleas challenging the validity of the 103rd Constitution amendment providing 10 per cent reservation to economically weaker sections (EWS) persons in admissions and government jobs on Monday. A five-judge Constitution bench headed by Chief Justice Uday Umesh Lalit delivered the verdict on the matter.

Justice Bela M Trivedi concurred with Justice Maheshwari and said the EWS quota in the general category was valid and constitutional.

Justice JB Pardiwala also upheld the validity of the Constitution's 103rd Amendment Act 2019. He said that "reservation cannot be allowed to become a vested interest. It is to end social and economic inequality. The movement started 7 decades back and long-standing development and education have helped in minimising the gap."

Justice Bhat dissented, saying, "This amendment is deluding us to believe that those getting social and backward class benefit is somehow better placed. This court has held that 16(1) and (4) are facets of same equality principle." "The characterization of excluding the poor of SEBCs is incorrect. What is described as benefits cannot be understood as free pass, it is a compensatory mechanism to reparate." he added

The apex court had on September 27 reserved the verdict on the legal question of whether the EWS quota violated the basic structure of the Constitution after hearing a battery of senior lawyers, including the then Attorney General K K Venugopal and Solicitor General Tushar Mehta, in the marathon hearing that had lasted for six-and-half-day.

Academician Mohan Gopal had opened the arguments in the case before the bench, which also comprised justices Dinesh Maheshwari, S Ravindra Bhat, Bela M Trivedi, and J B Pardiwala, on September 13 and opposed the EWS quota amendment by terming it as "deceitful and a backdoor attempt" to destroy the concept of reservation.

Tamil Nadu, represented by senior advocate Shekhar Naphade, had also opposed the EWS quota, saying the economic criteria cannot be the basis for classification and the top court will have to revisit the Indira Sawhney (Mandal) judgment if it decides to uphold this reservation.

On the other hand, the then attorney general and the solicitor general had vehemently defended the amendment, saying the reservation provided under it was different and had been given without disturbing the 50 per cent quota meant for the socially and economically backward classes (SEBC).

Hence, the amended provision does not violate the basic structure of the Constitution, they had said.

The top court heard as many as 40 petitions and most of the pleas, including the lead one filed by 'Janhit Abhiyan' in 2019, challenged the validity of the Constitution Amendment (103rd) Act 2019.

The central government had filed some petitions seeking the transfer of pending cases, challenging the EWS quota law, from various high courts to the apex court for an authoritative pronouncement.

The bench, on September 8, had framed three broad issues for adjudication arising from the pleas challenging the Centre's decision to grant 10 per cent reservation to EWS in admissions and jobs.

It had said the three issues suggested by the then attorney general for the decision "broadly" covered all the aspects relating to the petitions on the constitutional validity of the decision to grant the reservation.

"Whether the 103rd Constitution amendment Act can be said to breach the basic structure of the Constitution by permitting the State to make special provisions, including reservation, based on economic criteria," read the first issue framed.

The second legal question was whether the constitutional amendment could be said to breach the basic structure by permitting the state to make special provisions concerning admissions to private unaided institutions.

"Whether the 103rd Constitution amendment can be said to breach the basic structure of the Constitution in excluding the SEBCs/OBCs, SCs/STs from the scope of EWS reservation," the third issue, to be adjudicated upon by the bench, read.

The Centre, through the 103rd Constitutional Amendment Act, 2019, introduced the provision for Economically Weaker Sections (EWS) reservation in admissions and public services.