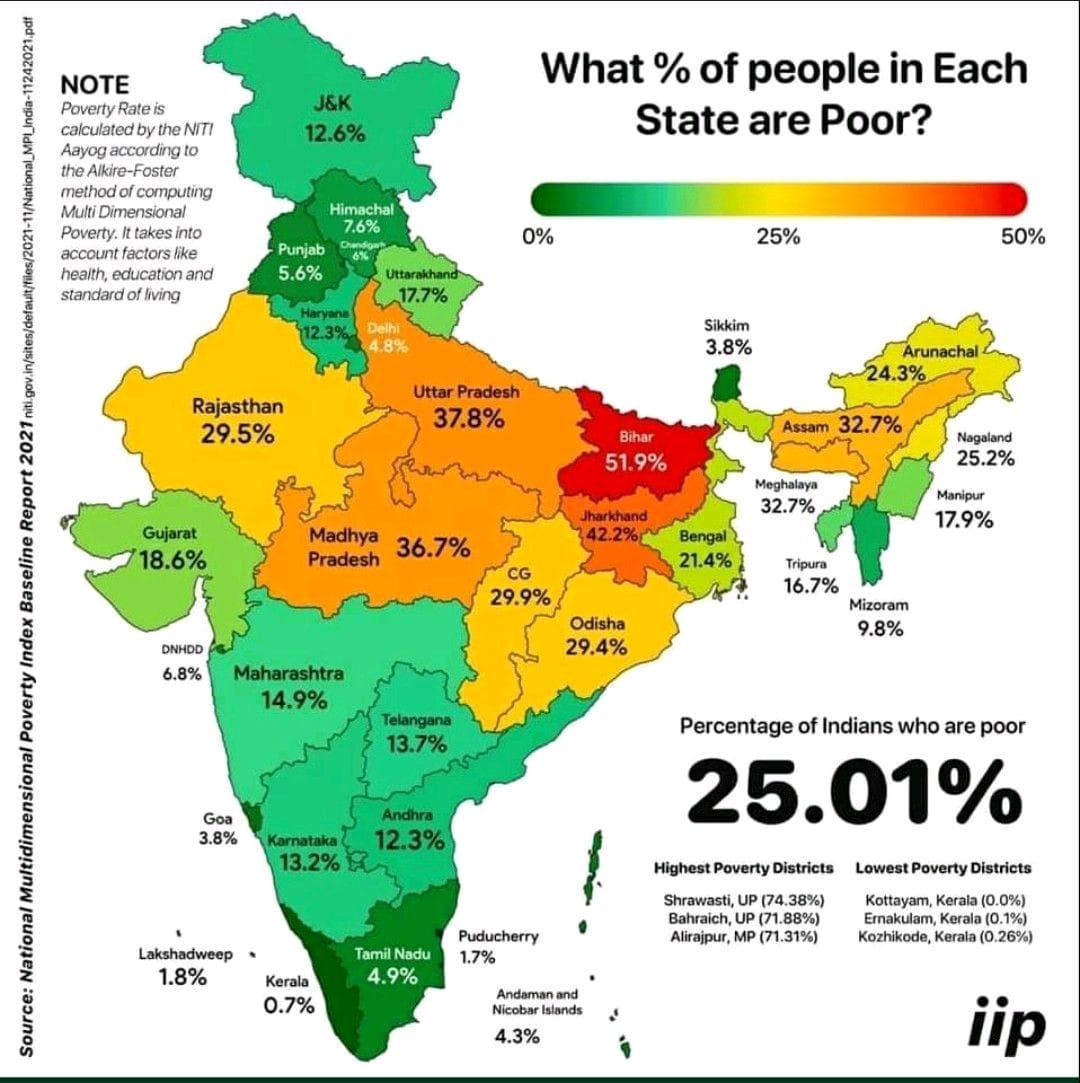 The NITI Aayog has published a report showing two states -Bihar and Jharkhand - stand at the bottom in the list of states on poverty indices.

Their neighbouring state Odisha stood much above Bihar and Jharkhand.

The report accessed by JharkhandStateNews states that 25.01 percent of the population of India are poor, according to NITI Aayog’s 2022 report.

Building on the Foster-Greer-Thorbecke poverty measures, it involves counting the different types of deprivation that individuals experience at the same time, such as a lack of education or employment, or poor health or living standards.

These deprivation profiles are analysed to identify who is poor, and then used to construct a multidimensional index of poverty (MPI).

NITI Yayog serves as the apex public policy think tank of the Government of India, and the nodal agency tasked with catalyzing economic development, and fostering cooperative federalism through the involvement of State Governments of India in the economic policy-making process using a bottom-up approach.

As per data published by NITI Aayog, 59.9 percent of total population of Bihar were poor.

In Jharkhand, as per the same report of NITI Aayog,47.2 percent of total population were poor and thereby stood just above Bihar from below in the list of all states in India.

In neighbouring Odisha and West Bengal 29.4 Percent and 21.4 percent of their total populations respectively were poor.

* This NITI Aayog Report Was Published Globally and Accessed by JharkhandStateNews