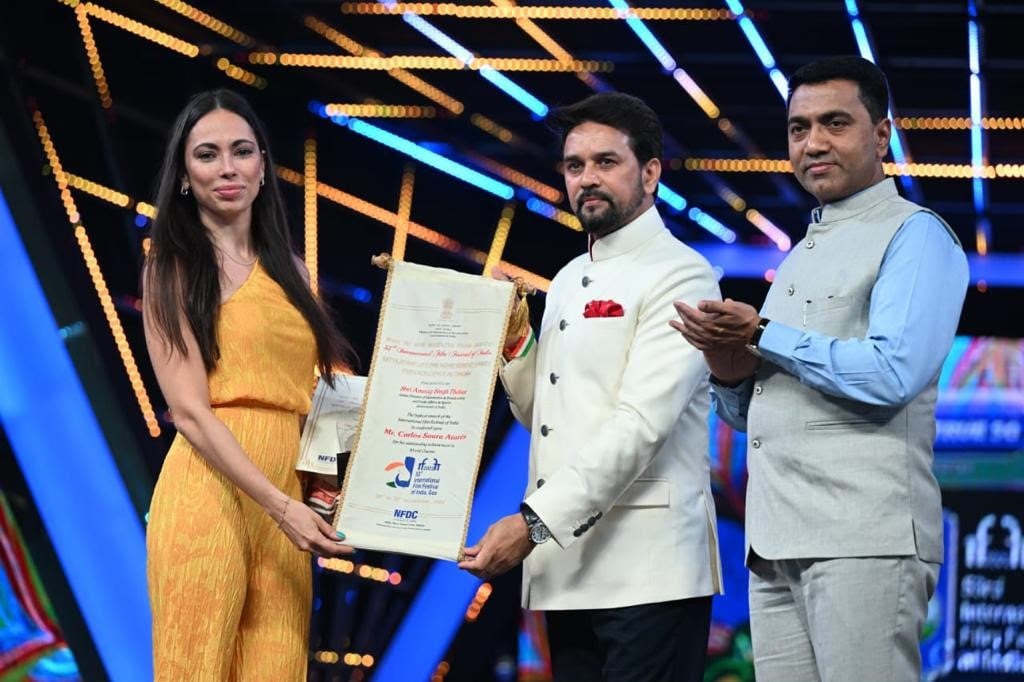 Open Seasame! The world of magic – of course we mean the world of films, is open yet again for our wholehearted celebration. The 53rd edition of IFFI, the International Film Festival of India, the biggest film festival of the world’s largest democracy, has opened the doors of not just the screening theatres, but also of our minds, hearts and souls.

And for the first time in the history of the festival, the celebration of films opened with precisely that – the screening of the opening film, which preceded the opening ceremony, which too has been scintillating and colourful as usual. The theme of the resplendent opening ceremony was “Evolution of Indian Cinema in the last 100 years”, in keeping with the spirit of the Azadi Ka Amrut Mahotsav celebrations.

Well, here are what we believe are not just – and not the only - highlights of the opening ceremony, and the festival as well.

As a befitting accolade for his immense contribution towards international cinema, Spanish film director Carlos Saura has been honoured with the Satyajit Ray Lifetime Achievement Award.

Conveying his acceptance through a video message, Carlos Saura regretted his inability to join in person in Goa, as he is recovering from a bout of bronchitis. He has expressed his deepest gratitude and love towards festival organisers for bestowing him with the honour.

Carlos Saura is also the recipient of the Golden Bear for Best Director at the Berlin International Film Festival (for Deprisa Deprisa); along with two Silver Bears for La caza and Peppermint Frappe; a BAFTA for Carmen; and three awards at Cannes, among several others.

His daughter Anna Saura accepted the Award on behalf of the eminent filmmaker at the opening ceremony.

IFFI 53 is honouring the master filmmaker with an eight-film retrospective. You would not want to miss the celebration, would you? Share with us your love for Saura’s films, using the hashtag #IFFIInspires, what say?