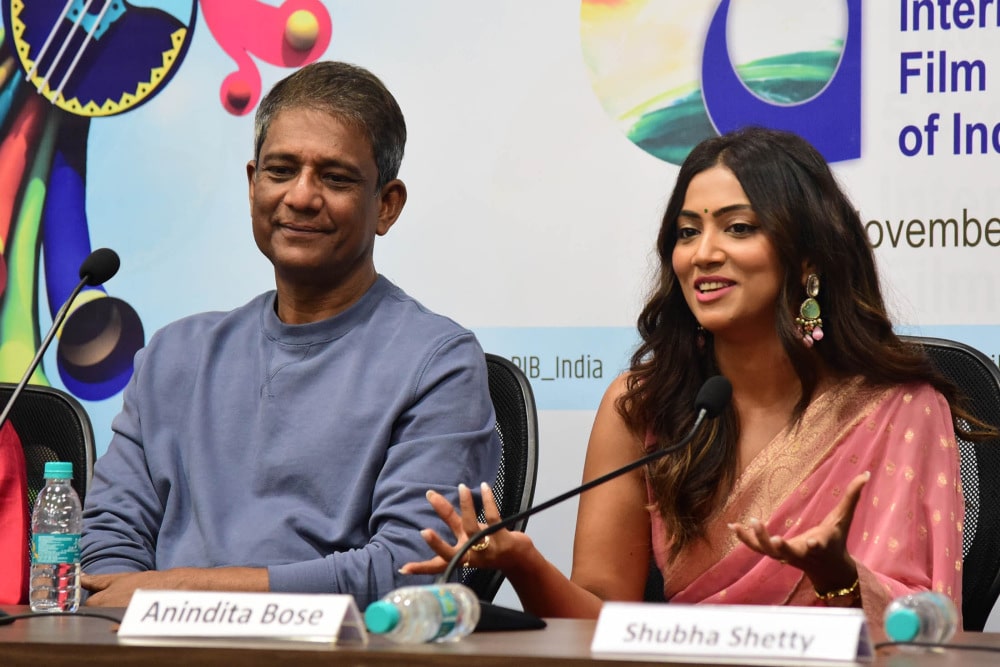 “The Storyteller is a humble tribute to Satyajit Ray, the doyen of Indian Cinema”, said actor Adil Hussain. The Cast and Crew of the Indian Panorama feature film, The Storyteller was addressing a ‘Table Talk’ at the 53rd International Film Festival of India in Goa today.

Briefing the media and cinephiles about the film, Adil - who played a pivotal role in the film, said the film is based on a short story of the legendary filmmaker and storyteller Satyajit Ray.

“As an artist I feel that art should be free, but in today’s world, where a lot of commerce is involved in making a film and nothing comes free of cost, it is the responsibility of the artist community to respect the originality of somebody’s creation and avoid plagiarism.  Copyright is a challenging issue, not only in cinema, but in every field these days, said actress Tanishtha Chatterjee.

Adding to the discussion on plagiarism Adil Hussain said, “As per Karmik law, anything you get free, you need to face consequence for that. So for any product or service you receive, be it art or anything, either you should pay money or gratitude and acknowledgement to the creator. That should be the founding principle to deal with the issue of copyright.”

While speaking about his character, Adil said an actor should travel from his smaller-self to the larger self, so that he can engross himself in the story and character. "To create empathy for character is one of the biggest quality of an actor,” he flagged.

Responding to a query Actress Tanishtha said, the purpose of art is to lead the artists and viewers to question ourselves. Supplementing to the answer, Adil said, deeper intent of art is to elevate us so that we can ask questions on our existence. “Cinema is not only meant to generate money, but also to create awareness”, he asserted.

Producer Suchhanda Chatterjee said, the film gives a strong message against plagiarism. “It was a difficult journey of three years, but we are happy with the outcome”, she said.

The Storyteller was screened at IFFI-53 yesterday and received fabulous reception. The film is also competing for the coveted Golden Peacock at the 53rd edition of the International Film Festival of India.

Name of the Film: The Storyteller