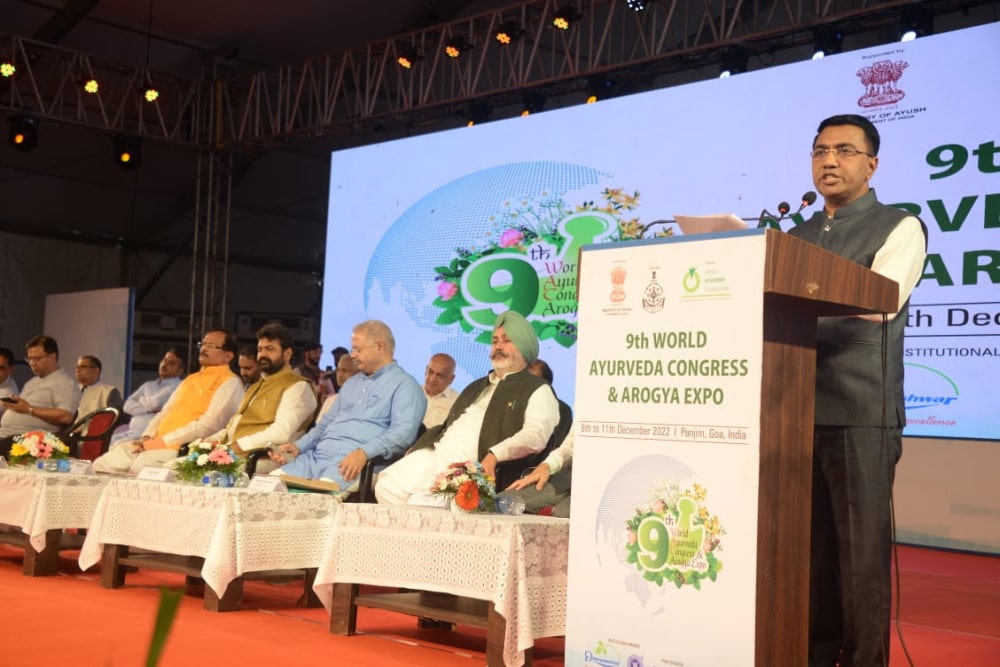 The 9th World Ayurveda Congress (WAC) was inaugurated on Thursday at Panaji, Goa. It aims to showcase the efficacy and strength of the AYUSH systems of medicine at the Global level.

The Ministry of AYUSH executed an impact assessment study and found that 89.9% of the Indian population has relied on AYUSH in some capacity for Covid-19 prevention and treatment.

The third edition of the ‘Ayushman’ comic book series was also released on this occasion.  An MoU was signed between All India Institute of Ayurveda (AIIA) and Rosenberg’s European Academy of Ayurveda, Germany to facilitate advanced studies in traditional Indian medicine systems.

The 9th World Ayurveda Congress & Arogya Expo 2022 is being organized in Goa from 8 to 11 December with an objective of providing a global platform for all the stakeholders,including industry leaders, practitioners, traditional healers, educationists, students, medicine manufacturers, growers of medicinal plants and marketing strategists, for networking and engaging in intellectual exchange to strengthen the Ayurveda sector, envision its future, and facilitate interaction between professionals and consumers to boost Ayurveda commerce.

The market size of AYUSH (Ayurveda, Yoga & Naturopathy, Unani, Siddha and Homoeopathy) sector in the country has grown from USD 3 billion in 2014 to over USD 18 billion now, clocking a phenomenal growth of six times.

During 2014-2020, the AYUSH industry grew 17 per cent year-on-year while the Ayurveda market is predicted to grow at 15 per cent CAGR from 2021-2026. Over 4500 participants from all over the world including 400 foreign delegates from 53 countries are participating in the 9th World Ayurveda Congress & Arogya Expo.

The Arogya Expo is set to witness participation of more than 215 companies, leading Ayurveda brands, medicine manufactures and Ayurveda related educational and Research & Development institutions. Prime Minister Narendra Modi is scheduled to attend the valedictory function of WAC on 11 December.