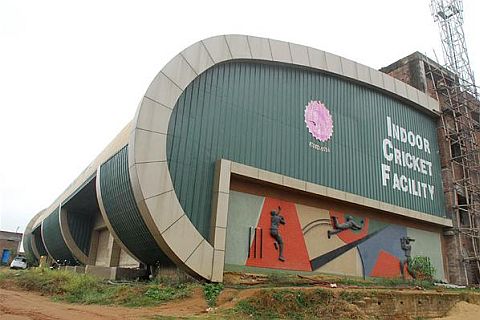 Jharkhand State Cricket Association is set to witness a fierce electoral battle for its top post of President.

The battle is being dubbed as IPS versus IPS.

The term of the ongoing JSCA President Amitabh Choudhary,an IPS officer,is coming to an end on May 21.Choudhary,who is credited to have institutionalised JSCA and worked hard to build its state of art stadium in Ranchi,has secured voluntary retirement from the Indian Police Service.

Now,when Choudhary is going to contest the polls to retain the post of JSCA president,his junior Praveen Kumar Singh,IPS,is out to challenge him.Singh filed the nomination papers today.

For the post of JSCA vice president,BN Singh and Sunil Singh have come forward.And while for the post of the District president,Manoj Kumar,Dhanbad and Sudhir Singh,Palamau,are to contest,for the post of committee’s member Vivek Bhaseen,Praveen Deogharia(Ranchi),Sandip Das and Dipak K.Singh(Jamshedpur) have filed nomination papers.