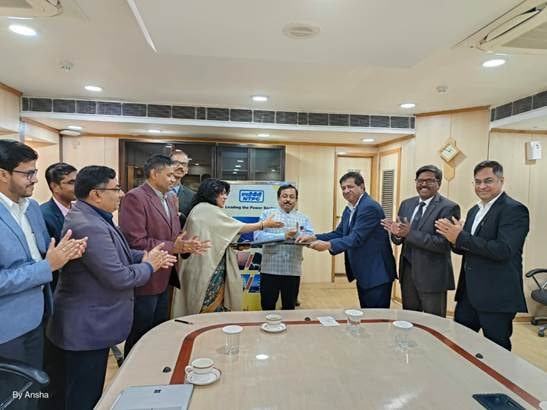 NTPC, India's largest power generation company, has signed a non-binding Memorandum of Understanding (MOU) with Tecnimont Private Limited, an Indian Subsidiary of Maire Tecnimont Group, Italy. The objective of the MOU is to jointly evaluate and explore the possibility to develop a commercial-scale Green Methanol Production facility at the NTPC project in India.

The Green Methanol Project involves capturing carbon from NTPC power plants and converting it into green fuel. Green Methanol has a wide range of applications, including serving as a base material for the chemical industry, storing renewable electricity, and even as a transportation fuel. It is also considered a substitute fuel for maritime fuel applications.

C.K Mondal, Director (Commercial), NTPC commented that this project along with NTPCs under execution Pilot scale Green Methanol project aligns with NTPC's commitment to sustainability and renewable energy, and will significantly contribute to India's energy transition.