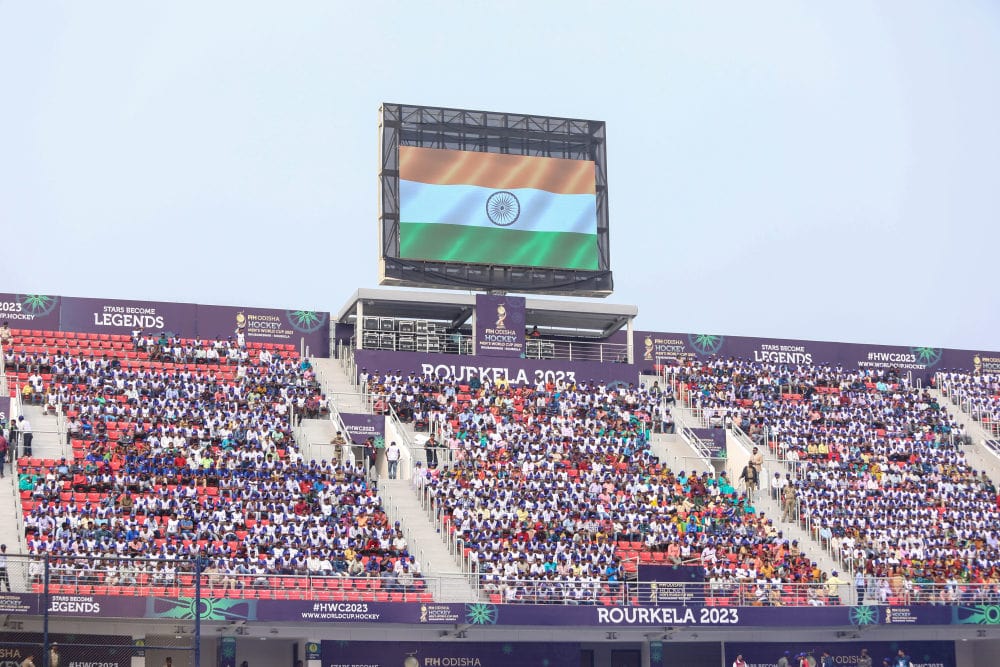 The anthem was launched on Thursday in presence of the Indian Team at an impressive opening ceremony of the Birsa Munda Hockey Stadium in Rourkela by Chief Minister Naveen Patnaik.

The song also celebrates the 75th year of Independence and has words like - "Hockey ki rann bhoomi mein triranga hi leherayega" drawing parallels to the hopes of the nation to see the tri-color flying high in this tournament received praise from Hockey team's Captain Harmanpreet Singh.

"Everyone in the team are big music buffs and we always plug into some motivating, pulsating songs that brings out the josh in us and this new Hockey India anthem is a perfect fit in our playlist. The initiatives Hockey India has taken to promote the World Cup calls for a lot of praise. Now the onus is on us to deliver good results," Harmanpreet said.

Talking about this initiative, Hockey India (HI) President Dilip Tirkey said, "We at Hockey India felt that the World Cup is a great occasion to launch a 'hockey exclusive' anthem that will really build the tempo up before the players enter the field for an intense match which is nothing short of a battlefield. Back in my playing days too, almost all of us liked to listen to songs and beats that would get our tempo up. I wish this anthem will do the same for our team."

HI Secretary General Bholanath Singh added, "This anthem will not only be played at the World Cup but we hold the rights to use this ahead of all India matches played by our Senior and Junior Men and Women's teams. I am sure the players as well of Indian hockey fans will enjoy this song."