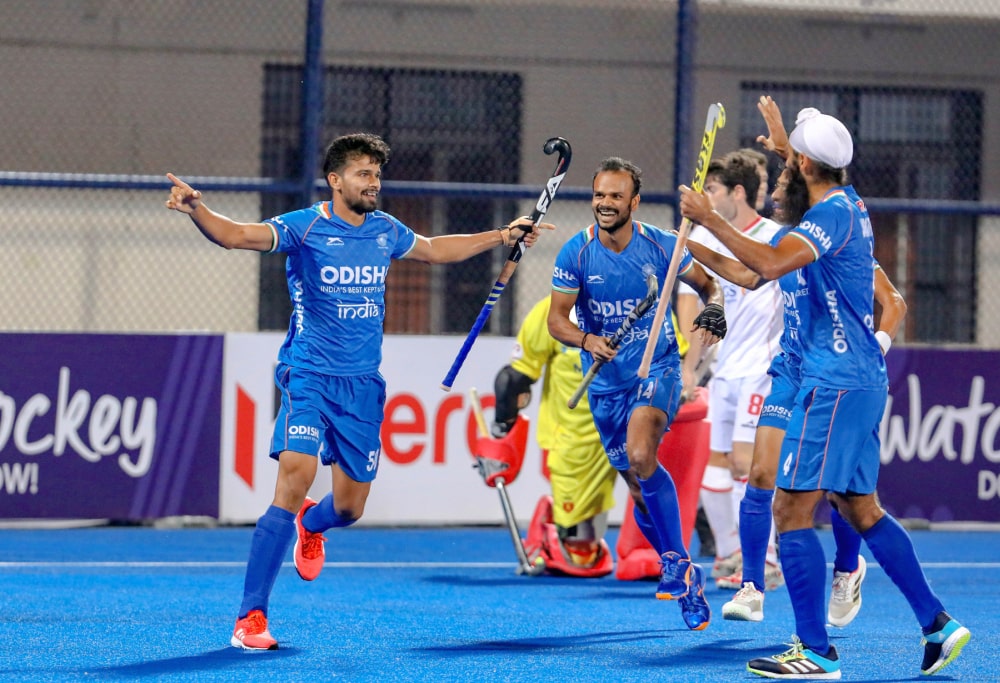 "Playing for India at a home World Cup is a dream come true for me."  says young forward Abhishek who is part of the national squad which will represent the country at the FIH Odisha Hockey World Cup starting here from 13 January.

"There is a lot of excitement, but at the same time, I am a bit nervous too. This will not only be my first World Cup, but also my first experience playing in front of a huge crowd. People of Odisha are very passionate about hockey, and it will be a great experience for me to play in front of them," he added.
Abhishek's hockey journey began in Sonepat, Haryana at the age of 11 when he saw his friends playing the sport in his school. The son of an Army man honed his skills under his school teacher and coach Shamsher Singh.

"After starting from my school, I got selected in the National Hockey Academy, Delhi, and after playing for Haryana in the national championships between 2013-2015, I earned my call-up for the Junior Camp," he said .

Almost three years later, Abhishek got his call-up for the Senior National Camp after helping Punjab National Bank finish third at the 1st Hockey India Senior Inter-Department National Championship 2021. With six goals under his belt, he was the second-highest goal scorer in the tournament.

"Those three years were challenging for me, but my coach and the department supported me throughout. They helped me bounce back from that tough phase. And after having a good domestic season in 2021, I was confident of getting selected for the core problems,"

With just four days to go for the World Cup, Abhishek said, "After the Commonwealth Games, my family is now hopeful of a medal at the World Cup. The whole country is hoping for that. I believe we are fully prepared for the challenge and we will give our best to make our country proud."