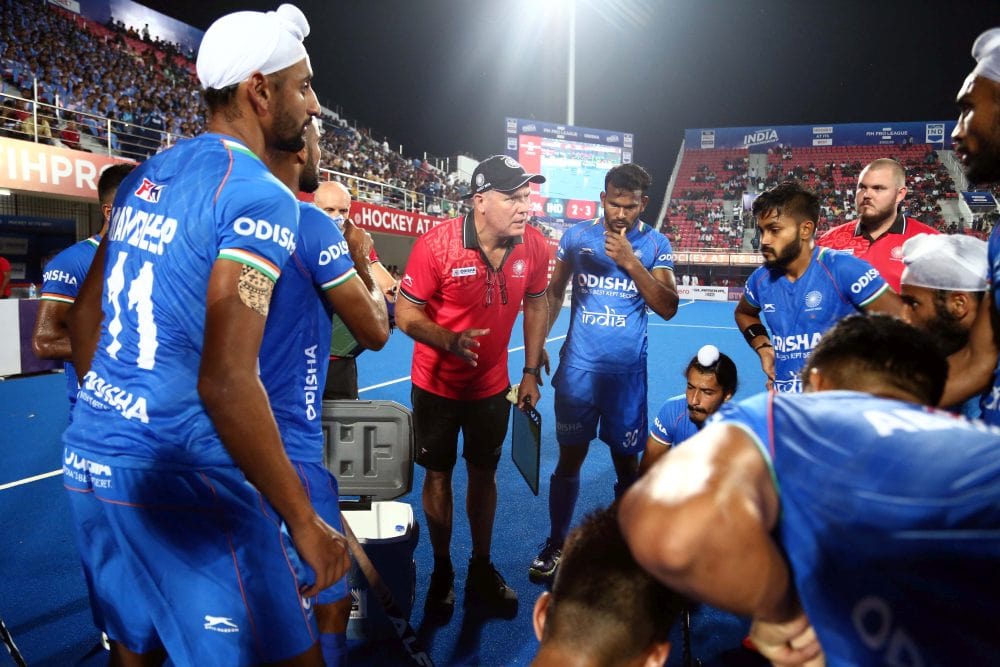 Host India are placed in a tough pool D along with strong contender England, former champion Spain and debutant Wales. The men in blue will take on Spain in their opening World Cup fixture at the newly built Birsa Munda Stadium in Rourkela on 13th January.

India needs a winning start and so is Spain so the opening fixture is very crucial for both the teams and many expert are of the opinion that this is the best chance for the hosts to break the 48-year-long Jinx and end the competition with a p[podium finish.

India last won the World Cup medal-a Gold- way back in 1975 at Kuala Lumpur and since then they have never got near the podium.

After years of sliding down the FIH World Rankings which culminated in failure to qualify for the Olympic Games Beijing 2008 – a competition that they had won a record eight times – India is back at the top table of the global game.

A bronze medal at the Tokyo Olympics was a big moment for the team, who followed it up with a third-place finish in the 2021-22 edition of the FIH Pro League. They also won the silver medal at the CWG last year.

Head coach Graham Reid is working hard to get the best out of the group, injecting a tactical discipline to their trademark skillful, fluid playing style, making them a team both respected and feared in equal measure.

However, star of the show is going to be the skipper Harmanpreet Singh, a fine defender and one of the best drag flickers in the game, who has also taken on the mantle of captain for the team. Meanwhile goalkeeper PR Sreejesh, midfield ace Manpreet Singh and striker Mandeep Singh are all capable of game-changing moments on their own as well.

England has participated in every edition of the World Cup, and are capable of creating major upsets . They have reached the semi-finals of the last three World Cup competitions but missed the podium on each occasion.

That is something they will be desperate to change this time around, as they aim to secure a first World Cup medal since grabbing silver at the 1986 event on home soil in Willesden, London. They have a very good squad of players, but first need to navigate their way out of a tricky pool that contains home favourites India, in-form Spain, and neighbours Wales.

Coached by Paul Revington, England played well at the Birmingham 2022 Commonwealth Games, with striker Nick Bandurak finishing as the competition’s top scorer with 11 goals as his team snatched the bronze medal. Only one team managed to defeat the Englishmen in that competition, with the mighty Australia – a side that have only ever won gold in the Commonwealths – overturning a two-goal deficit in the semi-final to triumph 3-2.

Captain Zach Wallace, midfield ace Phil Roper and attacker Sam Ward were all key players in Birmingham and will be hoping to replicate that form in Odisha. If they do, they might as well finish on the top of the Podium

Winner of the inaugural edition of the World cup in 1971,Spain is known for their flair, skill, and attacking prowess, the Red Sticks men are one of the most talented and unpredictable teams out there, having proven on countless occasions that, on their day, they can mix it with the very best teams in the world.

Their head coach is Max Caldas, who enjoyed terrific success with the Netherlands women and men, guiding the former to World Cup and Olympic glory and the latter to two European Championship titles.

They followed that success with a superb start to their 2022-23 FIH Pro League campaign by going unbeaten in their first four games, claiming notable victories over New Zealand and Pool C rivals India in matches that took place in the World Cup host city of Bhubaneswar.

After decades of trying, Wales finally secured a first ever FIH Men’s World Cup qualification thanks to a tournament winning display at the European Qualification event on home soil in Cardiff. After claiming a 2-0 win against Italy in their quarter-final, Wales went head-to-head with Ireland, with the winner taking not only a place in the competition final but also one of the two World Cup tickets on offer at the event.

The team finished the competition on a high by recording a 2-1 victory over higher ranked France, fighting back from a goal down thanks to goals from Luke Hawker and Shipperley, the latter arriving just five minutes from the end.

Current Great Britain internationals Shipperley and Jacob Draper are both key players for Wales, as is penalty corner specialist Gareth Furlong, who is a regular source of goals. Despite being one of the lowest ranked teams in this competition, Wales have proven themselves more than capable of punching above their weight and are certainly not here to make up the numbers.

Winner of the pool gets direct qualification into the quarterfinals, while second and third placed teams play an additional cross-over round.