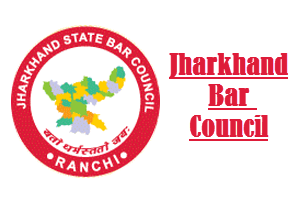 A day after Jharkhand High Court registered a contempt petition against Jharkhand State Bar Council( JSBA) for issuing notice to government advocates to participate in the judicial process despite its decision to stay away from court work, JSBA President Rajendra Krishna and its Spokesperson Sanjay Vidrohi withdrew their strike.

“The Chairman and Members of Jharkhand Bar Council are requested and directed to call off the strike and boycott of courts immediately.

One, the lawyers will return to work allowing judicial work to start functioning normally from coming Monday. Two, the state government led by CM Hemant Soren is bound to have a shy of relief.

JSBA members numbering over 33000 were on strike in protest against the state government’s decision to hike the court fees since January 6. They were demanding the withdrawal of the Jharkhand Court Fees Amendment Act 2022. Their strike paralysed judicial work across Jharkhand. However, some government lawyers such as Public Prosecutors and Advocate Generals defied the JSBA’s decision and continued to work. This promoted JSBA office bearers to issue letters-notice- to seven government lawyers, asking them to adhere to its decision.

Responding to its notice, a contempt of court petition was filed. Ex-Advocate General and senior lawyer Anil Kumar and others demanded to initiate a contempt petition against the JSBA’s notice givers. They submitted that the JSBA’s notice was against the Supreme Court’s order and cited its details.

Jharkhand High Court Justice Anand Sen ordered to stay the notice and register a contempt petition against the JSBA members who had issued notice against the government lawyers and put up this case in the court of the acting Chief Justice Amresh Kumar Singh.

Today, when JSBA members were slated to meet in the evening to decide their course of action in light of the JHC’s order, JSBA President Rajendra Krishna and its Spokesperson Sanjay Vidrohi withdrew their week-long strike.